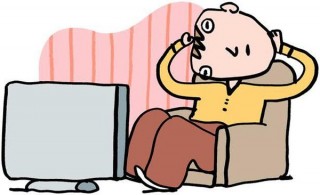 Illustration by Stuart Goldenberg for the New York Times.

I remember years ago when I started seeing high-end fashion stores with flat screens mounted vertically to better show runway walks and thinking how well that format suits the visual story. Remember when David Lynch came out saying films should not be watched on phones? Later he made a 6-second film for Vine, which is great. Now when the motion picture narrative is mobile-first, maybe there will be other creative opportunities. There certainly have been in with other devices: interactive films for iPads and mobile/mouse aware videos in 360-degree and full virtual reality.

Most readers here on FWD:labs are filmmakers who love all kinds of horizontal aspect ratios. But audiences who create, consume, and share more video on their smart phones may buck the trend. Farhad Manjoo wrote a piece for the New York Times entitled “Vertical Video on the Small Screen? Not a Crime.”

In her research, [Zena Barakat, a former New York Times video producer who spent the last year researching vertical videos as part of a John S. Knight journalism fellowship] found that many people didnâ€™t reorient their phones to watch horizontal videos in full-screen mode. â€œAs a person who makes videos, I was like, â€˜Youâ€™re not seeing it the way we intended it!â€™â€ Ms. Barakat said. â€œAnd they were like, â€˜We donâ€™t care!â€™ They found it so uncomfortable to hold the phone the other way, and they didnâ€™t want to keep switching their phones back and forth.â€™â€

The argument that vertical videos are visually displeasing is also confounded by the stats. Vertically oriented videos are the lingua franca of at least a half-dozen social and video apps, including Snapchat, whose users watch three billion mostly vertical videos every day. In its Discover section â€” a spot for professional publishers â€” Snapchat lets media companies post both horizontal and vertical videos, but the company says vertical videos perform up to nine times better on many measurements of “engagement.” 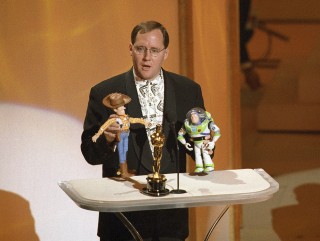 John Lasseter accepting the Special Achievement award for “Toy Story” at the 68th Academy Awards in 1996.

The Academy of Motion Picture Arts and Sciences, which has ramped up its online presence in recent years, shared a great excerpt on Medium from John Lasseter’s presentation at “Technology and The Evolution of Storytelling.” It’s from an event of theirs called “The New Audience: Moviegoing In A Connected World,” which was held on May 12, 2015:

“Surround yourself with people you trust.

Be thirsty for knowledge.

It will always make your work better. The market is changing really, really quickly.

Who knows what the business will look like ten years from now?”

While technology keeps changing, it’s still oh-so-important to focus on story and creative teams to keep pushing forward. Gary Horsman, a graphic designer who left a comment on the article, sums it up best: “I think the takeaway from all of this is that even if technology changes and evolves, so long as it serves the immutable art of traditional storytelling, you can create great things that move people through emotion and empathy rather than simply with spectacle. The biggest challenge is surrounding yourself with good, smart, creative people who know how to focus on the storytelling. Itâ€™s too easy to find engineers who are invested in technology but have no artistic sense or those who are easily swept by the tools themselves rather than how they serve the bigger cause.” 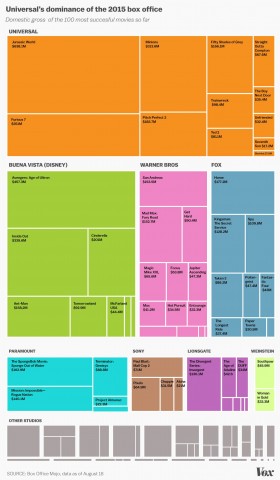 Universal’s dominance of the 2015 box office

Todd VanDerWerff at Vox penned a think piece called “Universal made more money than any movie studio ever this year â€” without a superhero movie.”

Here’s another juicy excerpt from the piece about a fresh strategy amid a field of perpetuating the status quo:

“Universal’s strategy seems to be finding underserved segments of the marketplace and then aggressively courting them at times in the year when audiences don’t have a lot of other options. Certainly Straight Outta Compton appeals to more than just black audiences, but it doesn’t hurt that it’s been the only major release about black characters in months. Similarly, opening the female-friendly Pitch Perfect 2 at the early height of male-centric summer movie season proved to be a counter-programming masterstroke. Release schedules still matter, and so far, Universal has scheduled its films better than any other studio in 2015.”

The article goes into detail about its infographic, which clearly show how each studio cashes out on their films. For Universal, the article notes some stats for six films made them the biggest cash cow:

Now, all of this will be obsolete once “Star Wars” comes out, but cheers to trying to diversify.