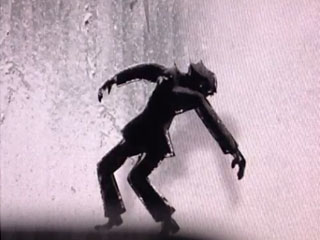 Vine, Twitter’s take on six seconds of animated video in a square frame, has a brand new member.

Who’s already on board and what are they doing? Writer/actorÂ Adam GoldbergÂ was called outÂ by New York Magazine as the king of Vine when it first began, coming up with many short-shorts right off the bat. When directorÂ James MangoldÂ posted his new “The Wolverine” movie trailer looped in a square for six seconds, heÂ called it a “tweaser.”

Director David Lynch is now giving it a try, posting this piece, “Another Mystery.” (The embed does not auto-play, so clicking is required to start it.)

Even the prestigious Tribeca Film Festival is recognizing notable work on Vine. They curated a Vine-sponsored contest back in April, picking their favorites:

Why six seconds? It could be that five seconds is already takenÂ for years –Â by the wildly successful team at 5 Second Films, based in Los Angeles. (The team is now Kickstarting a feature film for $200,000 — and well on their way to making the goal.) The 5SF team helped judge the Tribeca/Vine contest.

Whatever your opinion on mobile and square cinema, you cannot deny it’s becoming more mainstream. But why is it still relegated to online only? Super short films with creative chops would make a great addition to pre-feature entertainment, elevator installations, and public transit stations.

Check out the new @DAVID_LYNCH short film he made with @vineapp. What does it mean for the short-short medium? http://t.co/chBlJqXCkj

[…] creativity which is never a bad thing, if done well!Â The Tribeca Film Festival have even curated a 6 Second film contestÂ to recognise work on Vine. Athough, Iâ€™m not sure how I feel about this. Is this what our […]