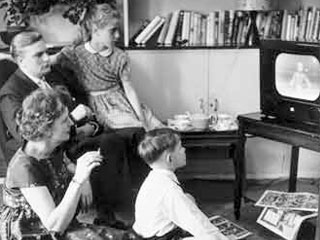 My TV can play YouTube so YouTube is now TV. At the same time, Vimeo, Netflix, and Amazon are competing alongside tiers of cable channels like HBO and Showtime, where advertisers and/or subscribers help dictate budgets — and profits — for content.

As online television continues to mimic cable providers in content and pricing structure, once free and easily accessible entertainment begins to become less and less attainable to the segments of the population it once appealed to most: the college student subsiding on ramen who wants something to distract him from his latest paper; the office worker ready to take a quick break from the monotony of filing to catch up on the latest episode of her favorite web series; and the high school graduate, raised in a culture of free media and information overload.

As the models shift and growing companies look to capitalize on their library of content, new questions are raised. What value do we get when we subscribe to something? Which “walled gardens” feel worthwhile — and does the lowest price-point have the best content? Which “free content” will thrive with paid subscriptions? Which ones are growing more subscribers? And does paying for the content make it better, or does creativity thrive with the constraints of demand/advertisers?

Online content is starting to move away from a cheap, free thrill, and towards well made, cost incurring content that demands revenue from the user to continue. Who knows who will come out ahead in the world of Netflix, Hulu, HBO, YouTube until these services start falling apart (read: Blockbuster, Google Video). In the future, coax cables will become a thing of the past — it will be straight ethernet installation for even basic cable.

Here’s our breakdown of the new media front-runners and just what they can offer for your hard-earned dollar:

On the horizon, we see TV companies prepare to release more accessible 4K TVs — catching up with the mileau of 4K capture devices on the market. Cable companies are preparing to broadcast 4K, too. But where’s the content, notes Ars Technica, where content served up online is just now delivering 2K content? Who might be at the next forefront to deliver?

(Thanks to broadcaster Eric Szyszka and writer Courtney Robertson for contributing to this post.)