I know you as a persistent, passionate filmmaker. How do you maintain that in the face of obstacles?

Justin Lerner Obstacles during filmmaking force you to be even more persistent and passionate, I think. The very act of making a film is one constant negotiation between logistics, finances and egos, keeping all in delicate balance while still trying to tell a story with your creative team. Iâ€™ve always seen conflict, frustration and difficulty as inextricable parts of the process. One of my professors in film school at UCLA used to tell us that making a film is similar in mindset to going to war. And nobody goes into a war thinking there will be no conflict, or that theyâ€™re going to come out on the other side with no bruises. Making a film is the same way.

When beginning a new project, I never think to myself, â€œNow this time, nothing is going to go wrongâ€ and I never ask, â€œWhat can I do so that everything goes off perfectly.â€ Instead I usually say, â€œWhatâ€™s going to go wrong this time â€“ the same stuff as on the last one, or new stuff? And how do I prepare for it?â€ This is a more realistic and healthy mindset.

If you go into it knowing there will be conflicts on set, with your producers, with your actors, or with not having enough money to get everything you want â€“ it forces you to be a more innovative storyteller. You prepare better and youâ€™re forced to build more endurance. Most of my favorite directors have made what I consider to be their best films early on in their careers, before they got every toy they wanted, and the budget they wanted. They made great films because they had to think of creative ways around their problems, rather than just being able to pay for them to go away.

Conflict, limitations, frustration, disagreement â€“ these are all inescapable parts of filmmaking, no matter what the size of the film. I guess I can only speak to indie films, because thatâ€™s all Iâ€™ve done, but I canâ€™t imagine that studio films are much different in regard to the inevitability of obstacles. Maybe the stakes are higher because things are more expensive and there are simply more people and days involved. 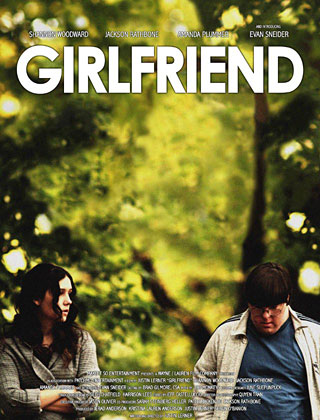 What’s the most important piece of advice you’ve received as a filmmaker?

JL The best advice Iâ€™ve received wasnâ€™t given to me specifically, but to an entire room of people at the 2008 Florida Film Festival. I was there with a short film Iâ€™d made at UCLA, and at the closing night Award Ceremony I watched Alex Holdridge win the grand prize for his feature film IN SEARCH OF A MIDNIGHT KISS.

When Alex walked up to accept the award, he said to the crowd something to the effect of (and Iâ€™m paraphrasing), â€œDonâ€™t wait for anyone to give you permission to make your first movie. Because if you do, youâ€™re just going to grow old. Nobodyâ€™s going to give you permission. So just make it.â€ At that time I had been struggling, waiting, trying unsuccessfully to find enough money to shoot what I wanted to be my first feature film â€“ something I wrote that would have cost, well, not that much relative to most films made, but a lot for an indie, and a ton for me.

Because of what was going on in my life at the moment, I felt like being able to hear him say this was the reason I had gone to this festival. He was right â€“ I was waiting for permission. So I took the advice to heart and decided to write a script I could make in my hometown for the amount of money I knew could realistically be raised. That script became “Girlfriend,” and a year later I was on the set of my first feature film. A year after that I was at Toronto Film Festival premiering it.

Hearing Alex say what he said made everything crystallize. It was a turning point for me in the way I went about everything in my professional life. Itâ€™s funny â€“ Iâ€™ve never actually been able to meet him, so if youâ€™re out there, Alex, thank you! 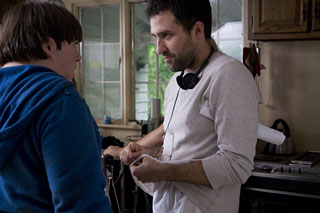 Audiences can now rent your film on Netflix. How does that feel in comparison to film screenings or the DVD release? Has that changed how you measure success?

Itâ€™s a huge thrill that people all over will now be able to see what my team I worked so hard on for years. We did a dozen film festivals and came out theatrically in a few cities, but if you werenâ€™t at those festivals, or if you werenâ€™t in New York, LA or Boston during those brief weeks we were in theaters, there was no way for you to see the film.

The goal for anyone who makes their first indie feature, I think, isnâ€™t to make millions of dollars, but itâ€™s to have as many people as possible see your work. Itâ€™s your chance to introduce yourself artistically to the world. And while we all want to have our films screened large, projected, in a theater (and Iâ€™m thankful that “Girlfriend” was able to do that), I think that Strand Releasing putting the film out on DVD, VOD, and Netflix is a huge win for everyone who put so much time and love into it. I feel fortunate to have been able to make a film in the first place, and now that people from everywhere in the USA and Canada can see it â€“ thatâ€™s a huge success in my mind, and I feel very fortunate.

Check out all of Justin’s UCLA short films on his website.

What next for you?

JL Iâ€™m in the very early stages of putting together my next feature film, another indie, called THE AUTOMATIC HATE. Itâ€™s the second part of an informal trilogy Iâ€™d like to make of â€œimpossible loveâ€ or â€œtaboo loveâ€ stories, “Girlfriend” being the first part.

“Girlfriend” will be released by Strand Releasing August 7, 2012. Add the film to your Netflix Queue or buy the DVD on Amazon.

writer/director @justinlerner interviewed by FWD:LABS about making an indie and the best film advice he ever got: http://t.co/FI9K8HnS