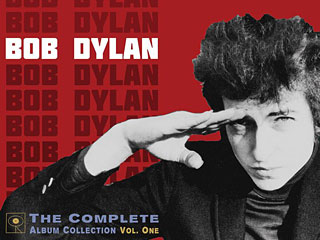 The latest effort in interactive online video comes via Bob Dylan and “Like A Rolling Stone,” which was first released in 1965.

Hop on over to video.bobdylan.com and you’ll find it available for desktop (with the omnipresent Adobe Flash plug-in), or with a provided free app for mobile (since Flash is obsolete without iOS support). Nowhere is the ease of embedding, but we’ll get to that in a moment.

First, you’re greeted with a television set and remote control. It looks like you’re channel surfing, but on every channel everyone just happens to be in sync with Bob Dylan’s lyrics. Newscasters, home shopping network people, “The Price Is Right,” animated cats, and Bob Dylan himself via original film footage, it’s all there — 16 different channels/layers in all.

This experience is like a role-reversal karaoke experience, highly hypnotic to see how each lip-sync is pulled off in their respective environment. It’s empowering to choose a different clickpath whenever you want, not just at pre-planned junctions, allowing even more replayability. And it’s fast — void of buffering beyond an initial preload. 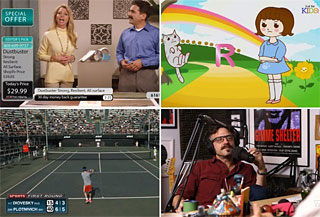 Four screenshots from the video, which Vanity Fair pulled out as some of the most unusual moments for a music video in general

Credited for the bulk of work on the project is Vania Heymann, a viral video star in Israeli and commercial director. Pulse Films and Walter Pictures were also integral in creating the content.

The technology behind this all is from Interlude, whose featured product is called Treehouse, an HTML5/JavaScript-fused toolkit that created the infrastructure for the “Like A Rolling Stone” interactive video. Their platform has only been up since June, but Interlude showcases several pro examples, ranging from MAC cosmetics to the sitcom “New Girl.” For each, clicking on-screen choices during the video as it’s still playing change the shot, all while staying in sync with the overall edit.

What Treehouse looks like when you’re just starting out

This also means a proprietary technology that requires viewing via the official site and not YouTube, which only offers some rudimentary interactive video elements that can link videos together. Void is the embed code (which we tried pulling together) but it’s either intentionally or unintentionally localized (e.g. ChannelChange.swf, remoteController.swf, idHDbutton.swf, and SecondScreenInterface.swf are relative links to their Akamai CDN, cloud hosting the actual content). Locked-in to the end screen are just the requisite share to Facebook and Twitter links.

Normally, rocking a custom player and user experience like this takes time and money, where leveraging YouTube’s freemium hosting makes sense to even the most well-off financier. But what a better place to control the user experience as the creative/artist than your own site, while preventing linear bootlegs that pale to emulate the experience. 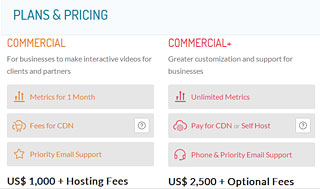 Commercial tiers alongside one “for individuals to make personal interactive videos,” with metrics, hosting, e-mail support — free for unlimited projects, their site says.

Interlude smartly charges for their commercial accounts and tacks on bandwidth, which is a necessary cost when self-hosting or white-label social video platforms like Brightcove. If you’re curious to test drive, Interlude touts a “free for personal use” option, which is filled with video tutorials for how to pull something like this off. It’s not easy, but it’s a major time, labor,and quality assurance saver providing a service like this.

Bob Dylan’s video is the latest of many recent interactive video efforts. We’ve covered many in the past, and it’s only going to get more frequent and fancy: Three Facets of Innovation for Beck’s “Hello Again” Experiment (2013), WebGL: How the Future Looks (2012), The State of 360-Degree Cameras for Online Interactivity (2012), and Writing Interactive Film for the iPad (2010).