The Sound of “Social Network” 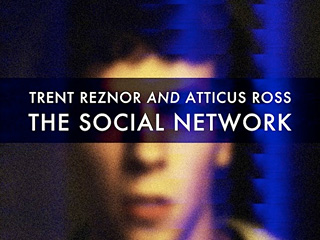 Music has played an important role in the cinema since piano accompaniment during the silent era. From the first recorded sounds in The Jazz Singer (1927) to the point where soundtracks out-sold the films themselves [Xanadu (1980), anyone?], it’s clear: music matters.

Coming up this weekend, as The Social Network hits theaters, we’ll get to see and hear the collaboration between David Fincher and Trent Reznor. Pitchfork published the following interview with the duo and you can check out a track at the bottom. It is Trent Reznor and Atticus Ross’ update on an old number: “In the Hall of the Mountain King,” originally composed by Edvard Grieg.

(You can also download a 5-track sampler EP at Reznor’s Null Corporation site or listen below. The official soundtrack was released yesterday, with digital purchases available September 30.)