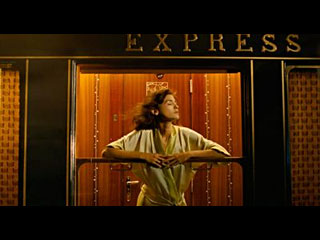 At least three cinematic ads in the last four weeks have taken new leaps online to grab your attention:

Released today (5/5, special for Chanel), the 2:20 spot was directed by Amelie filmmaker Jean-Pierre Jeunet, stars actress Audrey Tatou (who is also playing the role of Coco Chanel in the upcoming biopic “Coco avant Chanel”), and features Billie Holiday’s “I’m a Fool to Love You.”

Previous ads for Chanel have gone long, such as a 3-minute 2006 spot directed by Baz Luhrman and starring Nicole Kidman. (Making of also available.)

Wieden + Kennedy Amsterdam partnered with Vimeo.com to break the limits of the video player and gracefully take over the screen. (Making of also available.)

Best experienced on Vimeo rather than the embed above.

Back in 2003, Honda had a 2-minute spot called “Cog,” directed by Antoine Bardou-Jacquet and created by Wieden+Kennedy London.

Trumping their new 21:9 television, this Gotham-inspired seamless film directed by Adam Berg and created by Tribal DDB and Stink Digital. Online, the user interacts with playback slightly more than usual: to freeze frame, to jump over to a making-of examination of three key moments, or to play as normal.

You can also view the film at Stink Digital.

Previously, Philips had Wong Kar-wai do a long-form ad for their Aurea television, “There’s Only One Sun.”

Cool ads, why don’t they put them on TV more?