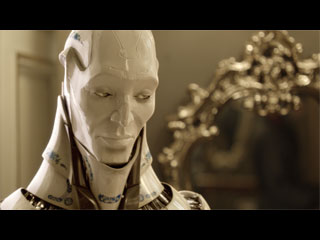 The Gift by Carl Eric Rinsch

What is that?
It’s a unicorn.
Never seen one up close before.
Beautiful.
Get away, get away.
I’m sorry.

You can watch each full screen at philips.com/cinema and a customized YouTube channel page, each which uses the Ambilight effect that Philips offers with this line of television.

This is part of a campaign from DDB London / Tribal DDB Amsterdam. They’re also hosting a competition to “tell it your way” using the same dialogue, using YouTube as a submission platform. Behind the scenes content is hosted on Facebook.

This is a follow-up to Philips’ 2009 project with director Adam Berg and Tribal DDB / Stink Digital called “Carousel,” which we covered in “Breaking New Boundaries with Cinematic Ads.”