Why Did Final Cut Drop Pro? 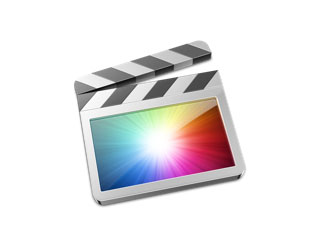 “Everything just changed in post,” the Apple site proclaims. Yet overheard in editing suites near and far, the changes of Final Cut Pro X for its professional user base sound like this:

The Apple Store, which sells the software for $299, temporarily turned off reviews as users rated the program 1-star. One commenter, Pretty J, notes the dupe: “[t]his application should not be called FINAL CUT PRO as it is in NO WAY COMPATIBLE with older versions of FCP. Basically rendering the app useless if you are in need of accessing older FCP projects. Its basically IMOVIE with a few improvements.” Apple is also uncharacteristically offering refunds, even though the App Store notes that “all sales are final.”

Meanwhile, Scott Simmons at ProVideo Coalition provides a thorough analysis of the product. “[I]t is not ready for professional use. … To completely start from scratch and build a new, modern application is commendable but when it lacks many, many features that its predecessor had and you’re still calling it pro and a newer version then you can expect a lot of negative feedback from current users who rely on those features.”

Walter Biscardi at Creative Cow digs a little deeper at what all is missing for the pros, including how it’s a deal breaker for a once-evangelist. “Just the fact that we can’t open old FCP projects alone would be enough for me to stop, but … there is just no way that any amount of fancy new tools built inside a stand alone app that traps you in said stand alone app is going to make it in our workflow. It’s easier to move the projects into Avid or Adobe Premiere than it is to move them into the new Final Cut Pro.”

David Pogue, tech columnist at The New York Times, helps explain where some things went — according to Apple — in a clear-cut Q&A. The solutions are either expensive plug-ins, future releases, or no planned support.

In the Times, one commenter from London, magnusben, maybe sums it up best:

“People are upset because they have grown, economically and creatively, attached to a tool which they have developed with Apple over a decade. Clearly it needed to be reworked – for instance with 64-bit support and to fully use multicore Macs. But … any professional editor will tell you that the drift of these changes is in the wrong direction. It’s not just the features, it’s the total disregard for the things we actually need.

“It feels, from our perspective, like arrogance on the part of Apple to disregard the working practices of our industry. It’s upsetting because there will be a time-limit on how long Final Cut Pro 7 will remain usable, and people have a lot of money and time invested in this software.

“It’s either massively cynical on their part or a total balls-up. I’m putting my money on the cynicism and will switch back to Avid MC after my witless evangelism for FCP over the past 6 years.”

What are your thoughts? How can Apple repair their stake in the professional editing market? How will filmmakers overcome this hurdle?

Update: Apple is now selling Final Cut Pro 7, as an indication of how big the backlash has become with Final Cut X not working for the pro market. More at http://mashable.com/2011/09/02/final-cut-pro-legacy-resale/. It’s not available in store or online; you have to call 800-MY-APPLE and ask for Final Cut Studio by it’s code, MB642Z/A.

[…] Why did Final Cut drop Pro?When you change too much and alienate your base, Apple places a bet which has pro editors jumping ship […]