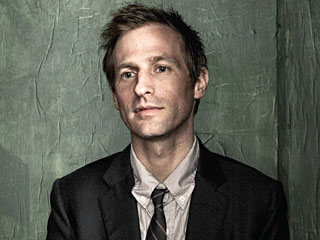 In a new interview from The New York Times Magazine, journalist Saki Knafo speaks with director Spike Jonze (“Where the Wild Things Are”) on the authenticity of his new film and its dialogue for a 9-year-old:

Most kidsâ€™ movies crackle with one-liners; in â€œWhere the Wild Things Are,â€ the characters talk over one another and spend a lot of time stumbling over their own words as they try to articulate their feelings. Jonze told me that one of his models for the dialogue was the work of John Cassavetes, which may be exciting news if youâ€™re a fan of avant-garde cinema, but might not sound quite as good if youâ€™re the president of Warner Brothers.

“We wanted it all to feel true to a 9-year-old and not have some big movie speech where a 9-year-old is suddenly reciting the wisdom of the sage.” He hadnâ€™t set out to make a childrenâ€™s movie, he said, so much as to accurately depict childhood. “Everything we did, all the decisions that we made, were to try to capture the feeling of what it is to be 9.”

Thanks to director Jaraad Virani for the link.

[…] Spike Jones' Authenticity "Everything we did, all the decisions that we made, were to try to capture the feeling of what it is to be 9." Such a guiding mantra. […]