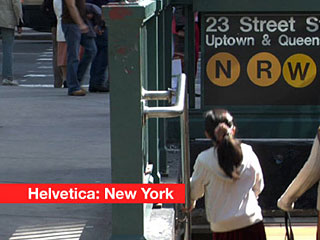 We need to take a lesson from the playbook of New York Times best-selling author, Scott Sigler, whom I met doing “Bring Your Own Big Wheel.” He’s a pioneer of distributing his book online for free as a podcast. His fan base is huge, many subscribing via iTunes. But when it comes time for talking to hardcopy distributors — he’s always dropping new books — Sigler leverages his subscriber numbers, ensures that he can continue delivering the audiobook version for free, and tells his fans to buy the hardcopy all at once. It works.

In this weekend’s Variety, Scott Kirsner, author of Fans, Friends & Followers, opens with the success story of Gary Hustwit’s “Helvetica.” Kirsner focuses on distribution options online for independent filmmakers, be it with the leaders (Netflix and iTunes) or the followers like Hulu, SnagFilms, and The Auteurs.

One thing the Internet has clearly changed, observes distribution consultant Adam Chapnick, is access to an audience. “But having easy access to the global audience doesn’t get anyone to see your movie,” he says. A solid marketing strategy, whether traditional or digital, is still essential.

Producer Ted Hope (“Adventureland,” “The Savages”) anticipates independent filmmakers who are willing to tinker with traditional release windows “absolutely could gain an advantage” in the online world. “I think we’ll start to see more folks coming out of Sundance and other festivals trying new models, to make their films available in different digital formats when they’re at the height of their media attention, rather than nine or 10 months later,” he says.

Director Cory McAbee, who is showing his sci-fi Western “Stingray Sam” at festivals and limited-run engagements, says he hasn’t felt resistance from festivals or other venues, despite the fact he is simultaneously selling the film in digital form on his website. 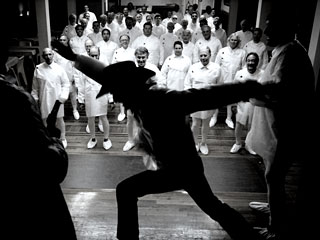 'Stingray Sam' is sold online without a separate distributor

On Kirsner’s blog, CinemaTech, he adds to the article. Gary Hustwit’s pre-sale of “Objectified” is on fire, even on a limited-run USB drive. McAbee’s musical space western, “Stingray Sam,” packs in a t-shirt, photobook, soundtrack CD, and two digital downloads along with the DVD. And Eric Lemasters of E1 Entertainment (“New Moon”) notes the companies chasing the success of iTunes and Netflix: Hulu, EZTakes, Amazon, Blockbuster/Movielink, and CinemaNow.

Read the entire post for it’s numbers on indie distribution on iTunes and subscribe to his posts; they’re always informative and thought-provoking.

Related, DirectorsNotes has an interview with Kirsner, along with a 35-page preview of his book.