As rap artist Jay-Z passes a new milestone, originally held by Elvis Presley with 10 American number one albums on the Billboard 200, you may have seen him in a commercial for Rhapsody, a music download site from RealNetworks. The ad recreates ten of his album covers.

In order of appearance, here are the albums being shot in a seemingly-seamless edit: 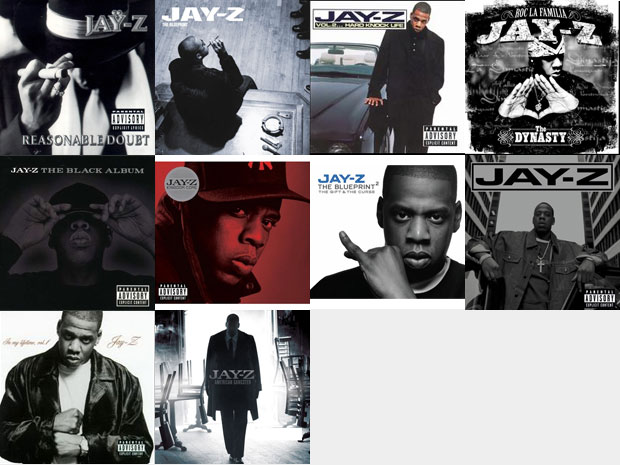 Thanks to filmmaker Jaemin Yi for the link.

Very cool. I want to see every artist do this. Let's start with David Bowie next.

Awsome! Is there any bihind the scene material on this?