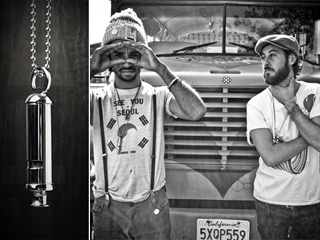 Falling Whistles is a movement that began with journalist Sean Carasso’s blog post about boys being sent to the frontlines of the war in Congo with only a whistle. Readers asked him how they could help. By designing a whistle you can wear around your neck, supporters can show solidarity and help fundraise, where “proceeds go to rehabilitate and advocate for war-affected children.” Now, the movement is touring the country. Volunteers host “speakeasies” to spread awareness. Unpaid internships are coveted by motivated youth. Falling Whistles also just released two films that quickly communicate their message and leave you feeling wide-eyed.

“Peace is the New Frontier”