What A Character! 3 More Tips on Creating Great Characters 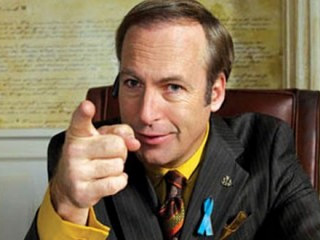 As followers of The Story Source know, Iâ€™ve written extensively about Breaking Bad, the Emmy award-winning show on AMC that wrapped its final season a few weeks ago. But Iâ€™m not here to praise the expert storytelling (ten Emmy awards), the suspenseful scenes (too many to name) or even the superb direction (Vince Gilligan is among the best in the business).

Saul, played by the multi-talented Bob Odenkirk, is one of the funniest and fully developed secondary characters on television. After watching him for five seasons, Iâ€™ve fallen in love with Saulâ€™s flagrant scheming and naked opportunism. But what exactly makes Saul so memorable?

It all comes down to character choices.

To help you tell stories with characters that are as colorful and rich as Saul, here are â€œ3 More Tips on Creating Great Characters.” Follow these tips and you may have a spinoff show in your future.

Feeling better about your characters?

(Originally posted at The Story Source.)

What I particularly love about Saul as a character is that in the whole world of lies and deceit of breaking bad,
SAUL is the only character who ALWAYS tells the truth.

The archetype and sleaziness of an ambulance chasing attorney is simply a facade.

Walter commits despicable acts yet his intentions are noble.

I love characters that are multilayered. I love villains with convictions of righteousness and justice.