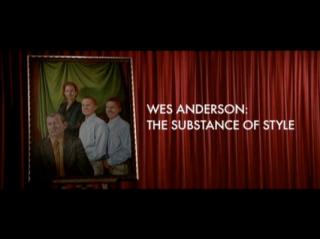 “The Substance of Style”

Moving Image Source, a web project from the Museum of the Moving Image, posted the final installment of “The Substance of Style,” a 5-part video essay analyzing Wes Anderson’s key influences.

Focused on “the alchemy of creation,” author/narrator/editor Matt Zoller Seitz breaks it down:

Related, check out the director’s consistent use of the typeface Futura, created by Paul Renner in 1928 and widely used in the 1960’s. Not just in most of his film’s opening titles but also throughout the art direction, which typographer Mark Simonson notes in screenshot form. Director Stanley Kubrick was also a fan of the font.

Eric, thanks for the comment! I’ll be sure to check it out when I visit Astoria, en route to Tribeca Int’l.