No TV, No Problem – How Quality Content Can Succeed Online 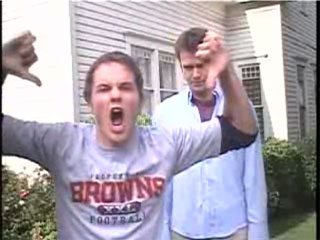 Wired Magazine ran a blog post on May 21, 2007 about failed TV shows going big, thanks to their online potential. It’s no mystery anymore that TV programs new, old or still in development show up online — often in the same night, legally or otherwise — and people tune in. When you’re not “on the (studio) lot,” it’s no loss going online; the producers can at least get someone to watch and maybe recognize their sleeper success. And maybe if they plan it right, with the faux MySpace profiles, convenient “e-mail to a friend” sidebars, catchy official sites with community-building plug-ins and the cold calls to YouTube to “feature me,” the show might have a chance.

Where the money’s going

In New York City this last week, there was the networksÃ¢â‚¬â„¢ annual “don’t-you-know-how-amazing-this-is” event for media agencies and advertisers called the Ã¢â‚¬Å“Upfronts,Ã¢â‚¬? where the TV network’s line-ups are announced and ad buys are made in a frenzy. The big change this time around — thanks to the advent of Tivo, YouTube, DVR’s and the increasing coolness of not watching TV anymore — they’re no longer buying just a primetime slot. AdWeek notes that it’s now about “live-plus-same-day” or “live-plus-three-day,” since people aren’t glued to the tele at the original airtime. 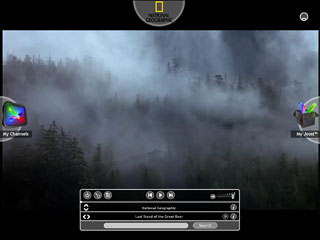 Of course, one start-up that pleases both producers and advertisers — excluding the “user generated” echelon — is Joost. This soon-to-launch online video distribution platform is a big deal and its gearing up to take on your primetime viewing rituals. Think of it as how iTunes handles television shows: democratizing the solo episode, but for free. In the last two months, since their first commercial aired during the Super Bowl, Joost made deals where YouTube and News Corp. could not: they wrangled Viacom, CBS, Warner Music Group, CNN, Sony and others like Creative Artists Agency, Sports Illustrated, NHL and Hasbro. (Check Techcrunch’s regular coverage.) And in terms of advertising, the model for Joost is — for now — quality over quantity. (Read Wired Magazine’s interview [2/2007]; Kazaa and Skype are part of the track-record for Joost’s founders.) Since they’ll be able to target your show, zip code and recency of viewing, you’ll see a five- to ten-second ad pop-up over the show.

Ad-supported free TV is quite a turn on

Here are some example trends of existing ad-supported free TV: 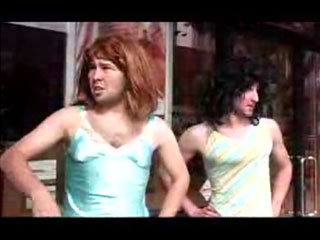 But for video producers without network distribution deals, making a big impression is key. You need millions of viewers, not dollars, to be taken seriously. The famous user-generated video distributor, YouTube, recently paid reward to their most subscribed original hits. (Many competitors — see our collective resource of social video sharing networks — already share ad revenue with their most popular distributions.)

Example shows off the tube and on the internet, already in (or should be in) the news:

Other web shows thriving on- or off-line?

[…] Footnote: Hulu is a collaborative project of NBC Universal and News Corp. Earlier this month, NBC said goodbye to the annual upfronts, suggesting they'll put pilots online and let them fight it out all year round. No other studio joined with them. See our post from last May's upfronts about quality content succeeding online. […]