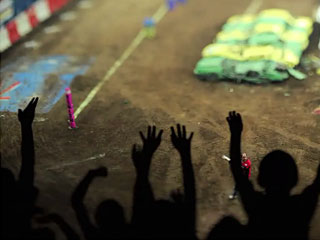 “These photographs and short films were made in ordinary places, probably not too unlike where you live. Combining a variety of techniques including tilt-shift and time-lapse photography, I aim to present Sydney as the Model City, and help people take a second look at places that are very familiar to them.”

Some of Keith’s films are screening at the Gasteig Cultural Center in MÃƒÂ¼nchen, Germany from now until January 15, 2009.

You can see four other short films, including Beached, which uses the same tilt-shift lens and frame-rate on his Vimeo. Also check out his Mac.com site with photographs from Singapore.

Your page is now on StumbleUpon! #