The Sundance Experience of “The Surrogate” 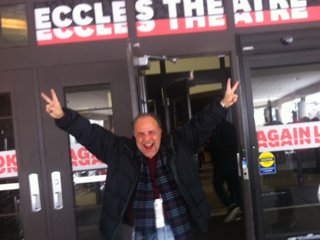 [UPDATE: “The Surrogate” was re-billed “The Session,” which is nominated for the Academy Awards.]

Producer Doug Blake’s most recent film, â€œThe Surrogateâ€ — which he co-produced and stars John Hawkes, Helen Hunt, and William H. Macy — premiered at this year’s Sundance Film Festival and took home an Audience Award and a Special Jury Prize for dramatic ensemble acting. I sat down with Doug to discuss the experience.

There was a bidding war at Sundance for “The Surrogate.” What was that like?

Doug Blake [The bidding war] was very interesting. The big thing of course was the overwhelming audience response during the screening and then the bidding war.

I was the designated producer who got sent to the party. So I’m the one who’s talking to the heads of all these studios, but all I can do is say, “well, I think you gotta go talk to the guys at CAA, if you’re interested in this.” So normally everybody kept saying how long this takes — “you should be calm” and “you shouldn’t rush” — but at the end of the day the film was sold about ten hours after it screened. I believe the papers were signed at 11:30 at night with Fox Searchlight. The deal was more or less made by 7:00. The whole day had a certain “surrealness” to it, [the deal] being the most interesting part of that “surreality.” 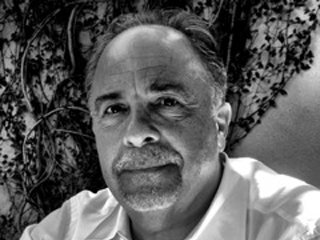 What was the highlight of your Sundance experience?

We knew it must have been pretty good because it got into competition and CAA picked it up, but about halfway through the movie I realized that. I went to film school and wanted to make good movies and wanted to make films that made people feel and think and react. All of a sudden, I realized I had done it. I was one of the significant people that made something that meant something.

How did social media impact your film?

DB It sure impacted the rest of the week [after the reception]! Because everybody knew that [“The Surrogate”] was the big deal. When I got on a bus, all of a sudden I was the star of the bus. It was very peculiar. And I suspect that social media had something to do with that because everyone was texting and tweeting and facebooking everybody at the festival.

Anything you’d like to add to the speeches given when “The Surrogate” won the audience and ensemble awards?

DB It was a communal event. Everybody tried really hard on this movie knowing that because of the script and because of the subject matter, that this was like a soufflÃ©, it had to be perfect or it was gonna be horrible. Because if you pitch the idea of “The Surrogate,” it doesn’t exactly sound like a hit movie or a movie that would win an audience award. But everybody chipped in. Everyone helped make this a special event. 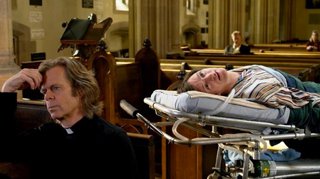 What’s next for “The Surrogate” and yourself?

DB For “The Surrogate,” it will be out in October/November through Fox Searchlight and they’re certainly the right kind of company to put something like this out. They know how to deal with films with heart and I think this is a film with a huge amount of heart.

For me, the next week after Sundance I was in Thailand working on a movie, and now I’m working on yet another movie. So for me it’s just another movie, and we’ll see what the reception of “The Surrogate” is and whether that has any long term effects on my life.