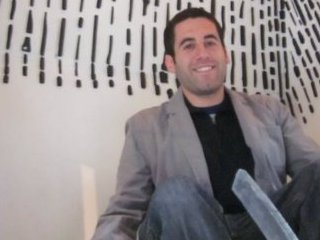 Back in 2003, I co-produced “The Plagiarist” for FWD:labs. This wasn’t long after I had met Aaron at lunch in a UCLA cafeteria and heard about FWD:labs for the first time. I liked that it was an up-and-coming operation. I liked the work it had produced. I liked the artists that were affiliated. It was something I felt I could contribute to creatively and operationally. 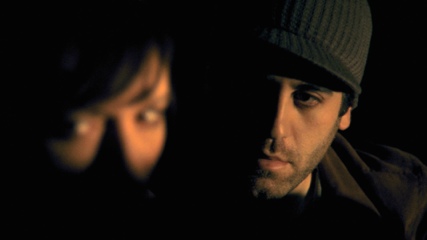 Over the next three or so years I was a PA on the set of a zombie student film, produced and acted in a couple short films (including “Drive”), and aided numerous other FWD:labs productions.

Years later, and one month ago, I joined the FWD:labs team as an Executive Producer and Consultant. February was an exciting whirlwind: I got deeper into the grind of a web based production company and observed where the company is, and what it can grow to become.

Here are my observations and impressions one month in:

Emerging from six years of tightly organized and monitored large company work flows, it’s been difficult yet ultimately rewarding to be a part of a predominantly project-based work flow again. Project management is a very detail-oriented process and our company has many tools at our disposal to ensure every aspect is addressed (e.g. Google Apps, Basecamp, and Harvest). Producing has been a learning experience as well. The back-end work has been streamlined via Google Docs and we now have official FWD:labs templates to use for all client web and video proposals, agreements, invoices, etc.

In addition to the web based tools, we have the physical presence required to turn things around faster. Working in tandem with Aaron in Long Beach on a recent interview piece, I was able to oversee audio while he worked the camera. I conversed with the interviewee and established a comfortable working atmosphere while Aaron adjusted lighting and camera angles. I supervised the script and helped load and unload equipment. Our tag team allows for a speedy, yet still professional, production.

Both productions were informative and fun. I’m realizing that my responsibilities as a producer are never-ending, in a good way. The key is getting all the pieces in place before the camera starts rolling. When a client didn’t have the necessary locations confirmed the day before a shoot, I immediately suggested that we push the timetable back another week or two in order to get all locations and personnel confirmed. While at a friend’s house in the Hollywood hills, I inquired about its viability as a future music video shot location. It’s become good practice to never quite stop thinking like a producer.

I also helped host February’s salon (#53 if youâ€™re keeping count), and it was a ton of fun! Ten creatives, ranging from costume designers to documentary filmmakers and everything in between, attended a downtown bar and conversed for hours.

As someone who was fortunate enough to be local when the FWD:labs salons (then the “Wine and Cheese Salon”) first started at Aaron’s apartment at UCLA, it was a great pleasure to rejoin this consistent opportunity to meet and socialize with like-minded individuals once again.

There’s a lot in store for FWD:labs! We are focusing our energy on many research and development initiatives that will enable FWD:labs to highlight its own best selling points. This will include new web app tutorials, print collateral development, and a wide variety of video productions and official websites. The newsletter will also come more frequently and the website will undergo further updates to the Productions page as well the back-end and sign-up pages. All of these will aim to strengthen the communication within the FWD:labs collective and spawn a higher turnout of updates, collaboration, and networking.

From 2010 through 2011, I had continuously told myself (and Aaron) that as soon as a fitting position opened up at FWD:labs, I would move back down to Los Angeles in order to take it. I’m thankful one did. I’m very passionate about my new role and responsibilities and urge you to reach out to me with website/blog/other feedback. I feel it’s important to continuously promote our channels of communication to help the business and all of our creative endeavors thrive. I very much look forward to helping FWD:labs grow and working with all of you.