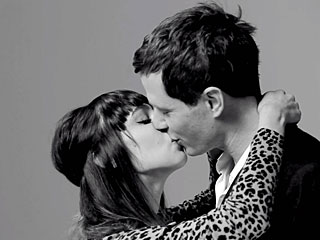 We’re drawn in, experiencing what caught our eye. Then, like a domino effect, sometimes content wants us to take another step: to buy some clothes, to see the feature film, or to save the whales.

Tatia Pilieva, a Los Angeles based filmmaker finishing her first feature, put together a short, “First Kiss,” which came online Monday and has reached over 47 million views by this morning. The short is actually an advertisement for WREN, which used this as a companion piece for their fashion line.

Jonas Cuaron, the son of “Gravity” director Alfonso Cuaron, directed a 7 minute short called “Aningaaq.” The film is a spin-off short in the same world as the feature film “Gravity” and uses Sanda Bullock’s voiceover. According to THR, the short was funded with $100,000 by Warner Home Video and was originally scheduled just for Blu-ray release before screening in film festivals on its own. “Aningaaq” was released after “Gravity” was in theaters and even contended for an Oscar nomination, which would have been historic for a feature and a spin-off to make the same Academy Awards.

Another spin-off short film involved Wes Anderson’s “The Grand Budapest Hotel.” They put up the short film “Castello Cavalcanti” online three months before the opening of his feature film. Here, the 8 minute short was sponsored by PRADA and crewed by the same artisans as the feature.

The documentary “Blackfish” about the killer whales at SeaWorld has legs. It’s been through a limited theatrical run, and it’s been on video services like Netflix for a while now. But there are captivated viewers who are acting upon what they saw. There’s both a petition from a New York senator and a bill by a California lawmaker being raised to save the whales. If you check out anything on the topic online, there’s continued public outcry so broad that SeaWorld buys “promoted tweets” and Google Ads to voice a rebuttal. Either way you look at it, the film set up the larger idea to make a serious choice. Nevertheless, the 5% decline in attendance to SeaWorld after “Blackfish” was released is hard to pinpoint to seasonal fluctuation — but now that Jessica Biel is tweeting about it, things could change. 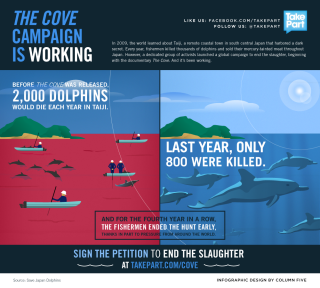 In these cases, the conversion works far better than any other method. But it’s not easy. With “First Kiss,” had it been an unbranded piece, it may have had the same viral boom; had it been more clearly an ad, it might have been skipped over. With the supplemental short related to the feature, perhaps it’s artistically driven quality content that shows waiting for the Blu-ray release isn’t the way to go for everything. And with “Blackfish,” the “take action” approach is reminiscent of major docs “The Cove,” which showed change can happen as a result of enough follow through.