The Benefits of Incentivizing Fundraising 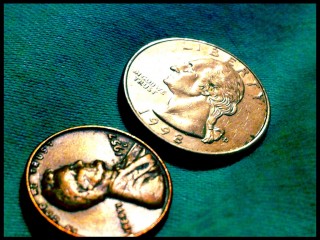 Fundraising is an essential part of all projects — and itâ€™s tough. How do you make it easier?

The answer is simpler than you might think. Fundraising is as much about research and asking the right group of people as it is about understanding basic human psychology. What are the reasons that drive a person to give money to a project that hasnâ€™t yet been started? How do you entice people to give what they can, without the pressure of having to give â€œtoo muchâ€?

Working in development, I am exposed to countless successful campaigns on daily basis; campaigns that solicit long-term investors in an organization or type of work, and some that look for one time gifts to support specific projects/purposes. In each instance, it takes knowing what youâ€™re selling, and remembering one simple, and often underrated, tactic that entices people to give to a wide variety of projects: incentivizing.

As much as we may wish it were otherwise, people rarely, if ever, give something for nothing. Instead, it seems that people give for one of three reasons:

Unless youâ€™re providing a life-altering good or service, youâ€™re going to want to entice people by giving something in return. In most situations, there is no eminent threat to people not involved in the finance side of a project of the serviceâ€™s dissolution. There are constantly new forms of entertainment, education, and public services to choose from. Potential supporters arenâ€™t going to give because what youâ€™re creating is the only option in town (ESPECIALLY when theyâ€™re being asked by countless people to fund a slew of new projects). Theyâ€™re going to want something back. Even if all you have to offer is the chance to hang out with the director, or tour a facility, or get special insider info.

Incentivizing tends to be scary because it means more up-front costs. If you donâ€™t even have the money for your project, you canâ€™t possibly come up with money for an investor return, right? Wrong. Access to exclusive behind-the-scenes footage of daily shoots, a chance to grab a drink with cast members at an â€œexclusive party,â€ and many other low-cost options can entice and encourage people to give.

Most of the time, people ask their family and friends for money first because they have a relationship with them. Theyâ€™re already connected and want to help, already understand the project, or like being the “insider” when it comes to something up and coming. So why not expand that circle of friends? Create opportunities to build relationships through incentives, and your one-time on-the-fence supporter may become a new friend who shows back up to help again and again.

The more time you invest in a person, the more time you take to get to know them, the more likely they are to give that same time and attention back. Spend some time crafting a compelling, heartfelt pitch. Spend time creating an invitation to an event whose quality shows the event is worth something. Find a â€œthank youâ€ gift that is both relevant to the project, and worth something to the supporter. You, as the organizer, should remember the old adage: give unto others what you would have them give unto you.

In the simplest of terms, youâ€™ve got to get people to care. To show you care. To invite them to small things without donations, and then work them up. In the theatre, we call these kickbacks donor benefits. In other spheres, you may call them gifts, incentives, or thank youâ€™s.

In the end, ask yourself: how much is a personâ€™s support worth to you? How much is it worth to ensure that itâ€™s recurring? Because if you arenâ€™t willing to invest in them, how can you expect them to invest in you.