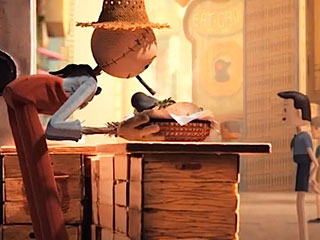 A few weeks ago, Mexican fast-food giant Chipotle released a semi-informational meets borderline PSA ad called “The Scarecrow” that quickly became viral. Created in conjunction with Academy Award-winning company Moonbot Studios, the ad in the end seeks to promote a mobile game, which –Â according to Chipotle’s own creators — promotes sustainable farming.

This breathtaking use of animation tells the story of a scarecrow who works for “Crow Foods,” a fictitious company selling “100% beef-ish” products, plumping chickens with mysterious substances, and housing cows in tiny cramped crates. Â As he grapples with the realities of the food being mass produced for children and adults, he comes to the conclusion that there is a better way, eventually using his home-grown vegetables to create something better.

While some might applaud the investment in an eye-capturing, entertaining use of digital media in an online platform, not everyone was ready to embrace Chipotle for taking a stand.Â The website Funny or Die released a parody ad, calling Chipotle out for using manipulation and guilt to sell their product, a critique that was reiterated by a slew of websites including The Washington Post and Mother Jones.

But so what if, at the end of the day, Chipotle was hoping to sell a few more burritos while they were at it? Is that so bad? As a for-profit business, that is their end-goal. 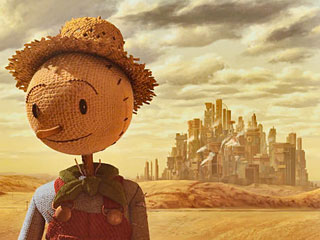 Is it so hard to accept that a company founded to compete in a capitalistic society might be willing to use their name recognition to promote a message of sustainability? Sure, it’s hard to argue against those who claim fear and guilt were the tactics used to promote this message, but in a culture where it’s so easy to justify away a problem, or close a web browser when confronted with a message that is less than ideal, it stands to reason that sometimes we need to be shaken up to pay attention and care.

Should we really be attacking a company for not being “perfect” in their use of non-GMO, sustainable food? Or should we applaud the effort at a time when other companies make billions selling hamburgers made from over 60 different ingredients (to say nothing of what exactly these ingredients might be).

This ad is un-traditional. It uses a narrative format to start a conversation and evoke an emotional response.Â Remember the Old Spice ads a few years back that featured the company’s spokesmodel speaking directly to viewers and their girlfriends? Same concept. Â Instead of presenting a slew of facts that get you to run out the door and buy a product, these ads encourage thought and dialogue, and communicate what a brand stands for. (For more on the nerdy details on the advertising implications of this video, check out the Forbes article.) 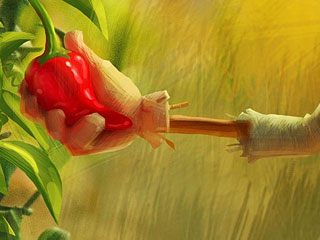 At the end of the day, whether you take this ad for just that — an ad — or jump on the chance to form a strong opinion on the morality of this advertising choice, one thing is certain: we have witnessed the intersection of art, social activism, and capitalism to create an ad that rises to a higher level of cleverness; a pairing that is sure to encourage engagement and investment from those who might otherwise have turned a blind eye. Â And at the end of the day, isn’t that the purpose of all good art?

Great points! This effort says a lot about building a brand loyalty versus a product loyalty, especially as products change over time for a brand.