Competing with the Big Guys for Small Dollars 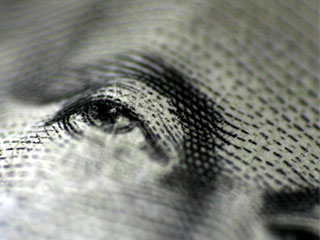 Lately, it seems that everyone has something to say about the rise of celebrity funding on Kickstarter. And these opinions seem to sway in one of two directions: between sheer excitement at another Veronica Mars or Garden State and eagerness to “be a part,” or disgust at the audacity of well-to-do movie stars riding on the backs of middle-class American citizens to save themselves a buck.

But what is perhaps a more interesting question than “which emotion overtakes you when you think of this growing trend,” is how will this affect the Kickstarter fundraising model as a whole, and what happens to that not-quite-so-well-known artist trying to promote his idea amongst the likes of media giants.

Four years ago, Kickstarter was founded after beginning as an idea in 2002 from a frustrated young man who had been attempting to put on a concert that never materialized. A fundraising idea born from the frustrations of someone unable to finance their own project.

As stated on their website, Kickstarter’s mission is to “help bring creative projects to life.” According to co-founder Perry Chen, it’s also to encourage a sense of community around art.

So let’s look at what happens when multi-million dollar projects from movie stars and movie studios look for “help” on a crowdsourcing platform. After the project is funded, and if our most recent history is to be believed they most always are, the public funders walk away with their trinket (a signed poster or voicemail from a movie’s creator), while the profits go… back to the people who invested? Not so much. Studios and producers, who for years had to put money in to get money back, find themselves in a situation where they reap the profits of a production’s success while seeing no initial investment in the project.

Do I believe for a second that Warner Brothers will suddenly triple the size and scope of the Veronica Mars movie to attempt to close the gap between the $2 million in budgeted costs and almost $6 million raised? Absolutely not. And what’s more, they have almost guaranteed some sort of audience at the box office as the 91,000 backers are sure to make sure they support “their film.”

In the world of Zach Braff, while his intentions are noble (who doesn’t respect a guy who wants to avoid the creative constraints of a studio?), I’m not sure he really needed the money of his adoring fans with his ongoing career success. In terms of building community, I’m sure the thousands upon thousands of Scrubs fans form a pretty strong community already.

This is all stuff that’s been blogged about since Mr. Braff’s announcement last week. What is disconcerting is the shift in the thinking of the Kickstarter supporter. Kickstarter’s platform encourages the funding of the unknown; of the random; of the project of a stranger. Just log in and you’re inundated with the staff’s pick project and those in your area.

Statistically, approximately 10-20% of a funded projects money comes from the random donor, who I like to refer to as the Kickstarter voyeur. While that may not sound like a lot, on a project with a $5,000 funding goal, that is the equivalent of $500 to $1,000, which is significant to say the least.

What happens to those random funders when they are presented with the choice between funding the recording of an album for a local indie artists with a non-traditional sound and the next Garden State? People want security and to know that their money has made a difference. The flashy guaranteed success of large-budget star-studded features surely offers a more comforting, safe way to spend ones money. And if the statistic can be applied across the board, a shift of even 10% of annual funding away from smaller projects could have devastating effects. In 2012, 10% of the 119 million successfully raised would mean a whopping 11.9 million less in funding.

Suddenly, this tool, that from the beginning was meant to help the little guy overcome the barrier of funding in the interest of the creation of art, has become a barrier in of itself, as once again funding for the big guys pours in — sometimes, in under 2 days, as in the case of Mr. Braff — while everyone else is left working twice as hard to be seen and begging for the change.

How many small projects suffer as Kickstarter shifts towards a tool for the grand artistic escapade? With it’s proven success, and benefit to both studios, stars, and Kickstarter itself (with its 5% cut, that’s close to $300,000 in revenue from the Veronica Mars project alone), there is no indication that this trend will stop anytime soon. A business built on profits will inevitably shift towards whatever model will reap it the most money.

Until we know the answer, perhaps it’s up to the smaller artists to continue to work a little bit harder to bring it back to the original mission and intention Kickstarter: give people a reason to believe in your work, give you help a helping hand, and join your community. After all, it’s a quite a lot easier to get to know your supporters and make them feel like a part of your project when you aren’t serving 91,000 of them.

Psychology Today wrote an article on this topic, claiming that the “big guys” don’t take away funding from other filmmakers, but make the pie bigger.

I don’t agree with their assumption that this spurs innovation. I think there’s a fixed amount of money that people donate, whether it’s on Kickstarter or offline. I also predict the bulk of donors help a project, maybe two, but otherwise aren’t dedicated “backers.”

On the flip side, it’s creating a new stratosphere, where millions can be made through the Kickstarter platform for a project with the right clout and publicity.

What do you think?