Raiders of the Lost Overture 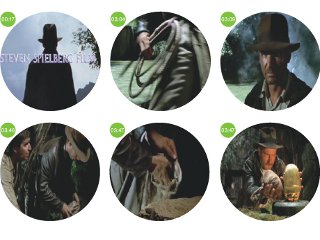 Method, the design firm behind the Boxee and Autodesk re-brands, blogs a little differently. Called “10×10” to celebrate their 10th anniversary, one article to note is “Raiders of the Lost Overture” written by Method’s principal, Paul Valerio.

The commentary looks at the opening sequence of “Raiders of the Lost Ark” as a model for how brands should tell stories.

[Raiders is] a 13-minute masterpiece of storytelling, despite the fact that what happens is completely independent of the actual storyline of the rest of the film. However, the scripted storyline is really not what the movie is about. … Steven Spielberg and George Lucas conceived the movie as an homage to the cliffhanger B-movie serials of their youth. Their love of those movies is what this movie is about, and thatâ€™s what is communicated, with a bare minimum of dialogue, in the opening sequence. However, in order to succeed commercially, the movie needed to appeal to a much wider audience than the relative handful that would get all the sly references to the serial genres sprinkled throughout the film.

And we see the same in “The Social Network”:

Software development and intellectual property lawsuits are not exactly slam-dunk blockbuster material. The opening sequence deftly depicts what really is compelling: how a brilliant, yet socially inept teenager can be both ignorant of and insightful about the nature of popularity, and how powerful that combination can be. Itâ€™s also about the hyperactive pace of everything in our digitally-driven culture, and how loneliness and socializing inhabit the same emotional space. All of those themes are baked into that opening sequence, and by the time the title credits start, the audience both recoils from and feels pity for Zuckerbergâ€™s character. A nifty trick.

The article wraps back to five key design guidelines, which Valerio connects to IKEA to a new airport terminal at San Francisco International: