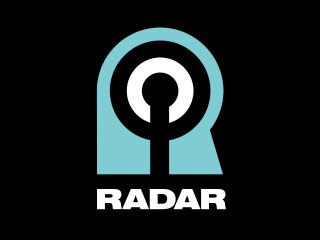 True to her Twitter bio, Janine Saunders is indeed a producer of awesome things in New York City. She works for RADAR, an ongoing series of community documentaries for WorkBook Project, who funds the program partly intended for mobile consumption.

In between her non-stop, multi-day, 15-hour productions, I caught up with her through filmmaker Florica Vlad, with whom she collaborated on a short promotional film for Douglas Rushkoff’s book, “Life Inc.” For RADAR’s fourth season, she’s “the producer but also 50 other things. It’s part of working at a DIY based production house / agency.”

What is RADAR and how does it relate to the Workbook Project?

Janine Saunders RADAR is a web-series, now in it’s 4th season, that focuses on creativity and storytelling. Each episode is a short form documentary / narrative that highlights innovative projects and events across many different creative disciplines, hangs with creators and founders, and digs deep into the process, method and participation of art. What’s great about RADAR is the high production value of each episode and the finesse that we put into each piece. It’s really important that we tell the artists story in the most accurate manner, while giving it a life of it’s own on the internet. RADAR pieces are truly timely.

RADAR is produced by WBPLabs, the production house and creative agency of WorkBook Project. Labs has also produced other series, such as Inspired By Design and our latest, Inside Design (TBR).

What’s your day-to-day work on RADAR?

JS All RADAR episodes start with curation, which comes from our AMAZING interns, Chloe Stites, and anything myself or our Series Producer, Josh Cramer, finds. Each episode of RADAR has to fit within our curatorial guide-lines which focus on projects with multiple aspects of creation.

We normally shoot each week or every other week, which can be very hectic. We go into the edit right after the piece is shot, so everything has to be in place in order to operate smoothly. Personally I do a lot of the coordination between our “contributors” (those who are featured) and work out all logistic, creative decision from the director, art department, etc. We work on tight budgets, so we always have to be very creative about how we approach each shoot. I always refer to it as “producing boot-camp”.

What came first, the content or the channel? What’s the evolution of this project?

If you watch all the RADAR episodes, you’ll definitely notice an evolution in style and concept. In season 2 and 3 we started creating narratives around the content as opposed to just documenting it. Check out Missed Connections, Poetry Brothel, I Hate Perfume and Before I Die for examples of a narrative approach to a project or art-work.

Another evolution would be the launch of RADAR NYC, which is a weekly blog highlighting new project, music, events, and articles by past contributors OR projects that meet RADAR’s theme. This was a way to extend our reach and keep up the energy between seasons. 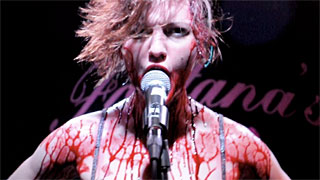 What are some of the successes with the show?

JS Successes would be all the amazing responses we get from people we have featured or inspired. For me, the point of RADAR is to tell a story about the creative process and to evoke a sense of spirit that is often hard to find in everyday media. I’m also a fan of documentary, and we have really captured some of the most unique projects happening in NYC from 2008 till now. It will be very fascinating to look back at these episodes 20 years from now.

What else does Workbook Project do?

JS WorkBook Project is amazing. There are 5 current projects within WBP:

JS Depends on the future of technology, in my opinion. RADAR was partly conceived to be watched via mobile devices, which effects the perimeter of our development. Right now the internet is more cluttered than ever and it’s going to be important for platforms to developed that can facilitate short-form content. Channels like Babelgum are a great idea, and give creators of short-form content a place to platform. There needs to be more curated channels like that. I was working on a project a year ago which was a film festival located at Sundance that was based around a mini projector that connected to a mobile device – the projection was 100×100 HD which was fantastic. This is incredible, because all of the sudden we have a way to throw DIY film festivals, parties, gatherings, with an emphasis on short films.

(Thanks to writer/director Kevin Flood for contributing to the interview questions.)