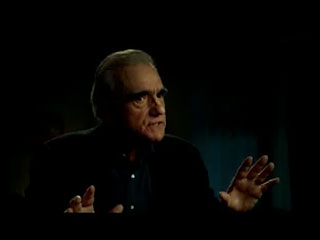 “Please don’t interrupt our movies” punctuates the new public service announcement featuring Martin Scorsese, now running in movie theaters. The 60-second ad — from AT&T and BBDO New York — features the director interrupting a mother and son during a bedtime call with his traveling father. “The plot of this phone call is just not working for me. I’ve seen it a million times,” warns the Academy Award-winning director.

In response to the ad, the press release on February 11 notes that “[i]n a recent survey of moviegoers throughout the United States, an overwhelming 93 percent reported that they either silenced their wireless phone, put it on vibrate or turned it off as a result of AT&T’s Be Sensible public service announcements.” Scott Marks of the Emulsion Compulsion blog jokingly noted, “[n]ot since his cameo in Taxi Driver has a camera lens channeled the true force of Scorsese on screen.”

The ad is featured today on the home page of Creativity Online, which hosts a larger-format embed with full list of credits. On February 20, the ad was ADWEEK’s Ad of the Day. It can also be seen and requested in AT&T’s own corporate multimedia gallery.

The “Be Sensible” campaign has included similar ads with other Academy Award winners: director Sydney Pollack and actor Forest Whitaker.

Here’s another Scorsese one. Funny man.