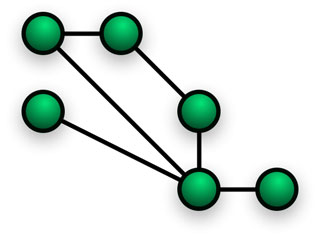 At the OMMA conference today in Hollywood, the editor of Mediapost, Joe Mandese, told me the next big thing is “peer-assisted, streaming mesh networks.” Quite a mouthful of buzz; such a term seemly first appeared online in research (PDF) published by Microsoft in October 2005, but resurfaced in January with Shelly Palmer’s Media 3.0 blog.

Mesh networking isn’t a very sexy term. Mesh, like the pourous but flexible material, refers to the network of getting something from you to me via everyone else who has the file and their broadband. It’s downloading a file care of multiple, decentralized sources at once, so you’re less likely to lose the transfer. This and others work like voice with Skype and downloads with file-sharing networks.

Peer-assisted is a much simpler concept. One word: Napster — king of peer-to-peer (P2P) file sharing. Since Napster’s death (and rebirth as something else), file sharing has gone mostly underground with torrent downloads. Video networks that hope this is the next big thing in exchanging video include Joost (to-be-released), Veoh and BitTorrent.

The major benefit of exchanging large files like this is a play-as-you-download ability. “By the end of 2007, bandwidth costs for video delivery over the top will be at or near zero,” said Palmer. It’ll “fly under the Net Neutrality radar and make serving lots of ‘over the top’ video cost effective.” According to the research findings, as of 2005, a few minutes of buffering are needed to up to 90% playback.