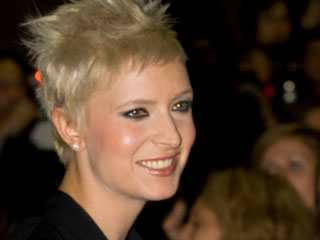 With possible expectation upon her to one-up her success with “Juno,” which won her a first-time nomination and an Oscar for screenwriting the same night, Diablo Cody spoke with Time Out New York on the pressure she’s felt to follow up:

None. … How could I possibly? The experience that I had with Juno is something I could never replicate, ever. First of all, you never have your first baby again. Second, the whole production was really charmed from start to finish. … And then it culminated in Oscar nominations [a]nd a win for moi. It doesnâ€™t get any better than that. Iâ€™m so fortunate that I got to have that experience. Now I almost feel this great calm coming over me. Iâ€™d be feeling a lot more pressure if I was still striving for that goal.

Read the entire interview at TimeOut.com. Her latest work, “Jennifer’s Body,” is now in theaters and her television series, “United States of Tara,” is on the air. Upcoming projects with her involvement include “Girly Style,” “Breathers: A Zombie’s Lament,” and “Sweet Valley High.”

Bestselling author Seth Godin added, “[s]ometimes, the work is the work and the goal isn’t to top what you did yesterday. Doing justice to the work is your task, not setting a world record.”