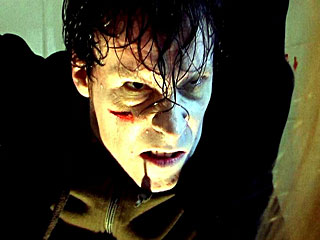 Currently abuzz at the 62nd Festival de Cannes is the feature zombie film, “Colin,” directed by newcomer Marc Price with an inspired budget of $70.

Spent on a crowbar, a couple of tapes, and some tea and coffee, everything else came into place by leveraging volunteer zombies via Facebook and MySpace. One VFX make-up professional volunteered after working on “X-Men 3.”

“All zombie films seem to be siege-based with people stuck in a house, a shopping mall or a pub, that’s the formula. I was watching ‘Dawn of the Dead’ one night and it got me wondering if there’d ever been a zombie movie from the point of view of the zombies and I couldn’t find one,” he told The Hollywood Reporter.

Price, a 30-year old courier living in London, worked on the feature for 18 months. Previously, he had helped crew a friend’s film.

He told CNN, “[a]nyone involved in sales will say, ‘Oh, it cost [$70], well how much do you expect us to pay for that?’ but with the current economic climate it seems to be a great way to make movies.”

According to Daily Mail, a couple of Japanese film companies have already bid to distribute the movie. Price told the paper “[i]t’s a bit weird to be at Cannes. Colin is just a movie shot on a camcorder and I have no delusions that’s all it is. It’s crazy to be arrogant about it. It’s a small film which is really about story and character. It’s a dirty little film, but we really hope it’s got a lot of heart.”

Related coverage is an interview with the director on ITN.

(Thanks to filmmaker Eric Yang for the tip.)