“As Ridiculous As It Needs To Be” 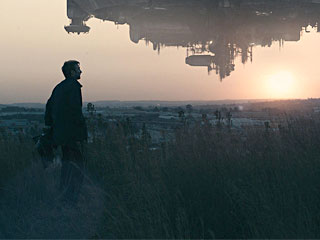 Updated 8/13: Watch more of Blomkamp’s earlier work in a YouTube playlist of 14 works, compiled by Kevin Broome. (via Coudal.com)

From the Los Angeles Times’ interview, Neill Blomkamp (director, “District 9”), once knee-deep in pre-production to direct the now-shelved “Halo” film, seized the opportunity to turn a short film of his into “District 9” with the help of Peter Jackson, keeping everyone on board:

Blomkamp said he plans to follow up “District 9” with another sci-fi project he describes as “seriously kick-ass.” But also in the offing is another project the writer-director plans to self-finance with whatever revenue he reaps from his feature debut — a self-preservation measure you could attribute to his hard-learned lessons on “Halo.”

“It’s really out there. I have to set it up with my own cash,” said Blomkamp, grinning at the thought. “It won’t take tens of millions of dollars to make it work. I just have to be in control of it so it can be as ridiculous as it needs to be.”

Watch “Alive in Joburg,” Blomkamp’s short that has become “District 9,” on SpyFilms.com.