Necessity is the Mother of Invention 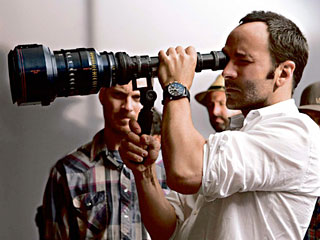 Tom Ford on the set. Photo by DP Eduard Grau.

You can listen to the show or download an MP3 at KCRW.com.

The problem with "expressing the beauty of life" too much is, like Tom's film, it just feels so artificial.

Great idea, thanks for this tip!