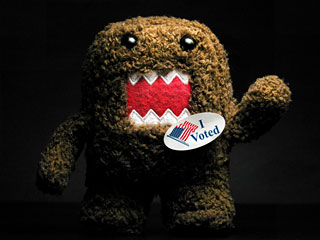 Apathy can thwart voter turnout just enough that it becomes necessary to have a history of film, web, and design content that speaks to the audience plagued by this feeling. It’s the thirty-second public service announcements on television. It’s the wheatpasted posters rolled up on temporary walls. It’s the longer-form video content shared via YouTube. This non-partisan media is placed where we hope the apathetic citzen will stop, look, and listen.

To the seasoned voter, these ads state the obvious. But to the new or unpracticed voter, this offers a new perspective. Does this sort of material actually convince voters to get out and vote? The examples below look at some work that attempts just that. And being well-shot, well-seen, and well-designed, maybe these just might work.

I VOTE “Our Turn” 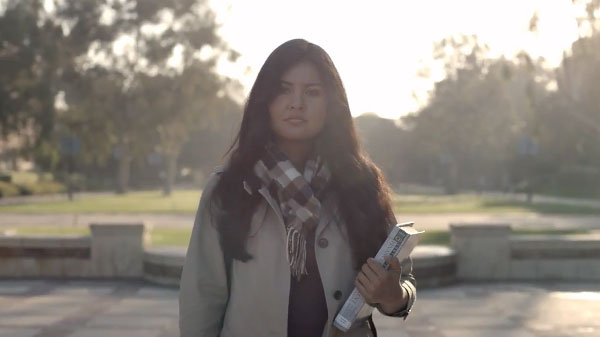 “We ARE knowledgeable, we ARE passionate, and we WILL vote. On November 6th, it’s Our Turn. Learn more about I VOTE. Donate to the cause.”

“11 Excellent Reasons Not to Vote?” by Errol Morris 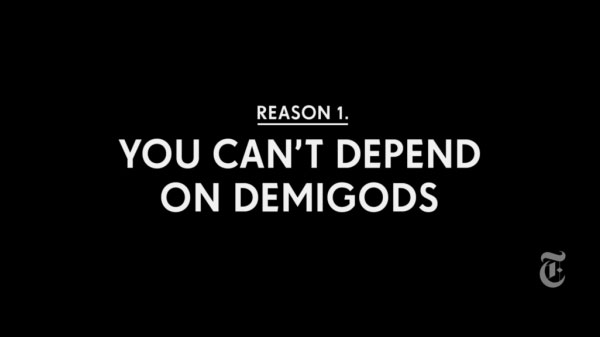 “The filmmaker Errol Morris speaks with young Americans about the merits of voting and why some resist, from apathy to awkward family dinners. … This Op-Doc video was produced in collaboration with two creative agencies, CHI & Partners NY and Moxie Pictures, and with the I CAN. I WILL. Campaign for Our Time, a nonprofit organization that advocates for young voters and consumers.”

“Get Out the Vote 2012 Exhibition,” an AIGA Design for Democracy initiative 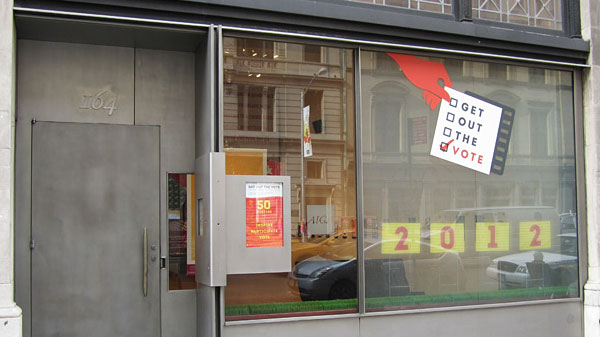 “AIGAâ€™s Get Out the Vote project invites designers to create nonpartisan posters and videos that inspire the American public to participate in the electoral process and vote in the 2012 general election. By motivating eligible citizens to register and turn out on election day, Get Out the Vote fulfills an ongoing AIGA objective of demonstrating the value of design to the public, public officials and business by providing a clear call to action for an activity that is important to everyone. … Exhibition design and identity design: Zack Shubkagel, Roberto Camacho and Cat Coquillette, Willoughby Design.”

Green Comma posts this as a PSA “Why Vote?” #DNC #RNC #civiceducation… http://t.co/dPNBg7FZ

Funny, usually media on YouTube is hyper-partisan, rather than non. It is great that people are trying to get people out to vote. It’s important. People died for it. Vote or die, to quote P. Diddy.

Excellent point, E. Thanks for commenting!

YouTube’s partisanship comes with the democratization of that media outlet: anything goes. And, subsequently, I think that’s where a lot of younger people congregate to form their opinions.

Do you think these attempts work better since they’re more neutral?