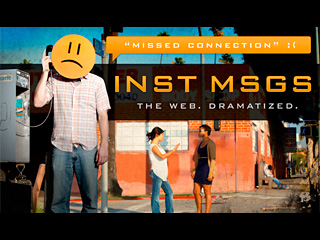 The series got picked up by Revision3 (“Digg Nation”), made the front page of iTunes, and features an ensemble cast, including Abigail Spencer (“Mad Men”) and Josh Cooke (“Four Kings,” “I Love You Man”) in the 8th episode, “R U THERE?”, released today.

You can subscribe to INST MSGS on iTunes or watch on Revision3.

What are you bringing to web series? Your latest episode is certainly more “artistic.” Where are you going with INST MSGS for the rest of your 13-episode season?

Justin Simien The internet tends to be pretty funny and so naturally the show sometimes goes for laughs. But with our pilot episode, and particularly our latest “R U There” we wanted to speak to the humanity behind these conversations. Not to get too heavy or anything, but what’s interesting to me about all of this “mass communication” and “social networking” is the vast amount of things you can’t say. There’s a lot to life and inter-human connection that doesn’t translate over AIM or on a Craigslist ad.

As far as where the season is going, there’s going to be less Craigslist, and a few adaptations of source material that we think will surprise you.

Mathieu Young Yes, it is a constant evolution. I have spent the past few years focused on photojournalism, so the shift to video has had a learning curve for me.

How much of the show is based on actual Craigslist personals or instant messages?

JS A lot of the early episodes are Craigslist heavy, simply because that was easier and less expensive to shoot. A series of MOS scenes with narration from a Craigslist ad was just more doable for us in the beginning, because we had to produce a lot of episodes very quickly at first. Now that we’ve kind of hit our stride production wise, we’re able to do the “talkies,” some of the instant message conversations that actually sparked the idea for the show in the first place. 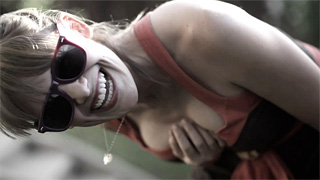 The original short, 'My Women,' became the first episode.

I’ve seen the original short. How did you get Revision3 to buy the show?

JS Our producer Ann Le deserves the credit for the Revision 3 deal. My priority was to see if the concept would work and hopefully find a way to make more. Ann had the foresight to enter it into festivals, shop it around and specifically approach Revision 3 who were fortunately looking to get into more narrative shows.

What are the pros and cons of delivering the show via Revision3?

MY Revision3 has been a great partner. We have got over 250K eyeballs on our work through them. The only challenge is matching our show with their format, which is usually more host driven, but figuring out how to work within those parameters is just another challenge.

The show made the front page of iTunes. Did you set out to create a popular show? Or was the initial plan to take a good idea and see where it goes?

JS I wasn’t sure what the reception for the show would be because it so different. There’s no central cast, the genre and tone change each week, and unlike a lot of other web shows we often rely on subtly to get the story across. I knew it was a show I would watch, and I’m just glad to see there are more people out there like me.

MY Our only plan has been to make a good show, put it out there, and see what happens. Good press and getting featured like that has all been gravy. 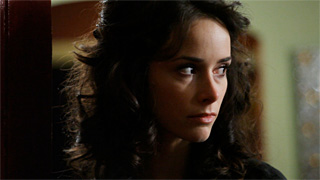 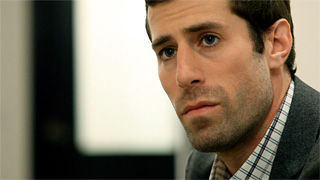 What are you most proud of with INST MSGS? What’s your favorite segment thus far?

MY I’m actually most proud of the visual variety that we’ve had in the season. One of the things that attracted me to the project was the challenge of shooting different styles. It’s been great fun to undertake what seems impossible on paper and to pull it off.

JS I’m proud of everything we’ve been able to accomplish with literally no money and even less time. Secret Tweets, where we used anonymous tweets from SecretTweet.com as the inner dialogue of a series of zoo animals still stands out for me as a favorite.

I’m also really happy with the newer episodes coming out that are actually based on people’s Instant Messages. Our current episode R U There starring Abigail Spencer from “Mad Men” and Josh Cooke from “Four Kings” and “I Love You Man” is one I’m very proud of.

What camera are you shooting on?

MY We are shooting the show on the [Canon] 5DMKII.

Generally speaking, what’s the budget? Since it’s low, how do you keep it bootstrapped?

MY We are also working on a shoestring budget; to put it in real numbers I try to keep the G&E budget to under $50 per episode. The constant challenge is to try to do a lot with a little (and even less time), but the footage that comes out of the camera is such great quality that it makes it achievable.

JS Ha. “Budget.” The budget is virtually non-existent. I owe so much to Ann Le and Mathieu Young who give their time, talents, and money when necessary to get the show made. Ann does keep a running budget going that’s incredibly streamlined, and we do what we can with what we have.

What do you think of the requirements from advertisers, such as shooting the ads with your episode’s cast?

JS It’s a bit of a challenge because our show doesn’t lend itself naturally to product call outs, like a hosted show might. But web shows are the wild wild west, and helping advertisers find a way to monetize it is just part of the work you have to do to be successful in this arena.

How is your collaboration with your team?

JS It’s really the best team I’ve ever worked with. From the beginning Ann Le has been everything I could hope for in a producer / director collaboration. She’s incredibly resourceful, relentless, brings so much creatively to the table, and on top of that she cooks for us at our production meetings. I also got really lucky having Mathieu Young on board. He’s a great director in his own right, a brilliant photographer, and his input has been so crucial to the success of the show. Mathieu and Ann are both great storyteller as well, and I feel really fortunate to have gotten to work with them.

Are there plans for a second season?

JS I love doing this show and I think if we can find a way to make it bigger and better then anything in the first season, we’ll be back for a second. We’re only half way through the first season though, and it all comes down to how well this one does, so keep watching, sharing and nominate us for the Streamys (Best experimental!)

[…] This post was mentioned on Twitter by Ann Le, Inst Msgs. Inst Msgs said: Our Interview with @fwdlabs on "Making A Hit Web Series" http://tinyurl.com/ydyy2so […]