Making the App: Cadrage Director’s Viewfinder for iOS and Android 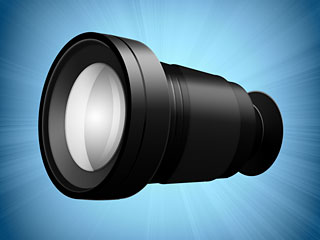 Here at FWD:labs, one of our most popular resources is a directory of apps for filmmakers. Filter the list down to apps for directors, and then director viewfinder apps, you would have seen only one for Android, called Cadrage Directors Viewfinder. They’ve now rolled out their iOS version. I reached out to chat with their creators, Daniel Ivancic and Anselm Hartmann at distant blue – mobile solutions, based in Vienna, Austria.

You started the application on the Android platform, which is incredibly popular worldwide but not as competitive when it comes to mobile applications for filmmakers. How has being “Android first” helped your app? How did you come up with the app, decide on its name, and figure out its primary features? 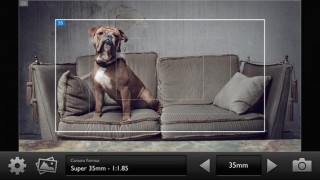 Daniel and Anselm We started talking about “making an app” about three years ago over a beer, initially just to see if we could pull it off. It was pretty soon clear that it was going to be a filmmaking app, as this would combine our qualifications nicely — Daniel has a degree in informatics and Anselm is a cinematographer. We finally decided to go for a directorâ€™s viewfinder because this seemed to us like a challenging project and back then there weren’t many similar apps out there like today. It took us a while to get started in the beginning since we both always had other commitments, so we only did some research and figured out the math at that time. Coding for the Android version actually started in summer of 2012.

The reason why we developed for Android first is because we figured it would actually be more complicated to accommodate so many different devices and if we could make it work on Android it should not be too complicated to port it to iOS (or so we thought). Another reason was that Daniel is very familiar with Java, so it made also sense to start here.

Testing on many different Android devices made us aware of the problem that the camera parameters provided by the phone manufacturers are sometimes usable but more often than not way off. We need to know the correct field of view of the phone though to calculate and display a preview that matches a certain camera. Unlike the couple of iOS devices that are all easily accessible, it was impossible to test thousands of Android phones for their FoV. This is why we came up with the calibration tool that lets the users calibrate their devices. This improves accuracy dramatically. iPhone/iPad/iPod touch users don’t need to do this since we tested all supported devices and the app will choose the right calibration automatically. We still added the calibration tool to the iOS version so that you can calibrate wide-angle or telephoto adapters you might want to use on the phone.

In terms of the user interface the goal was to make it as simple and clean as possible. It made sense to us ergonomically to put the buttons you would need while framing a shot (changing focal lengths and taking a photo) on the lower right hand side, so they would be easily reachable with the right thumb. This way you could hold the phone with both hands keeping the framing steady while changing focal lengths or taking a snapshot.

Another aspect we found important was to offer all different shooting modes (like the 2K, 3K, 4K etc. with RED cameras) and aspect ratios with all the camera formats, for example to have a 1:2.39 crop when shooting with a Canon 7D. Of course the camera only lets you shoot 16:9, but many people use Magic Lantern to display frame guides or put markers on their monitors.

The name “Cadrage” was used initially on a layout for the splashscreen just to have some name for the app. The word is originally French for â€œframingâ€, but it is used in the German language also. It kind of stuck, so that’s how it became our app’s name.

Coding for different operating systems can be tedious. Can you walk me through how you converted your Android application over to iOS? What were your individual roles and did you take on everything yourselves? What was the greatest challenge? Were there any unique benefits for your app where Android worked better than iOS — or where iOS worked better than Android? 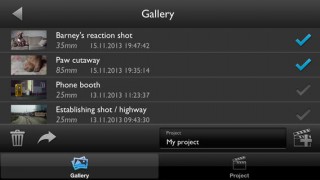 D & A Everything on the app was done by ourselves, we didn’t outsource anything. Generally speaking Daniel was in charge of the coding and Anselm worked on the user interface/graphics. Although we added new features and re-designed the UI graphics in the process of porting the app, with the existing Android version of Cadrage we knew how the app had to look and behave on iOS: so the first step was to find out, how the core functions — the live image processing of the camera preview and the re-composing of the snapshots — could be realized in the iOS framework. With a prototype that covered this functionality and which ran stable and fast enough on the iPhone, the “real” porting process started: the translation of the data-structures and data-models to the Objective-C programming language, which is used for the iPhone app development. The next step was to implement all the other functions of the Android Version and to rebuild the user-interface for the iOS version. The hardest part in this whole process was that you first have to get to know the characteristics of the framework and the language you are programming in and then have to find out all the “tricks” that you need: but the knowledge of this stuff comes from the experience you get during the whole process of porting the app.

It would be easy to talk for hours about the differences between the iOS framework and the Android framework and which design detail on each operating system makes it easier for developers to realize a specific goal -â€“ but it would be a never ending story and it would be impossible to pick a clear winner. But there is one thing that stands out: On Android our app has to run on more than 3,500 different devices from many different manufactures, that have all their own little adaptations and modifications of the current Android operating system, especially in the way the hardware has to be accessed. In our case that is the access to the deviceâ€™s camera and it was not easy to make it work stable on all devices. On the iOS operation system we only had to handle about ten devices, which all use the same unmodified operating system. So from this point of view the development of an application for iOS is much more comfortable than the development of an Android app.

Now on iOS, there is a handful of competition with other director viewfinder apps. How do you feel your app is unique and competitive, especially for your price point? 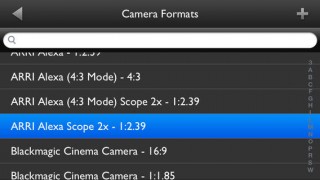 D & A As you said there are a couple of different viewfinder apps available by now, especially for iOS. Our goal with Cadrage was to make a straight-forward app that works reliable in a professional environment both on iOS and Android that is also affordable for indie filmmakers and film students. We wanted to make it feature rich but still keep the design and user interface as simple as possible. A unique feature is definitely the calibration tool, but in the end it’s often the little things in usability that really ties it into your workflow. For filmmakers we’re another option they can choose, like they choose all their tools and equipment in filmmaking.

You’re based in Vienna, which is a notable European film capital with an incredible film festival, and you have two applications now for filmmakers. How has being in a major city helped your two apps take off? Where do you find your apps have been purchased/downloaded the most around the world? How has making two filmmaker apps helped shape your overall business at Distant Blue? 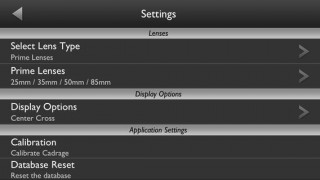 D & A We would often meet in a cafÃ© to work on the app and Vienna has lots of really nice ones with good coffee, so this helped us most definitely. But being in a city with working film professionals of course makes it easier to find people who are willing to test your app. We might be stating the obvious here, but it’s important to know who your users are and how theyâ€™ll use your app in their work. You can have thousands of great features but end up with an unusable app that makes everything more complicated instead of easier. So our focus really lies on usability. We did get a lot of input from friends and colleges who used early versions of Cadrage during their shoots and this helped us the most. For us it’s about making apps that we want to use ourselves and knowing a thing or two about filmmaking is in this case essential to creating a high quality app.

About our users: Approximately 20% of them are located in the United States, 40% in Europe and the other 40% in the rest of the world.

D & A It’s hard for us to make any predictions about the future about filmmaking apps in general but as long as there are apps available that make your work as a filmmaker easier there’s going to be a demand for them. They are just tools you can decide to use if they help you save time or stay organized. Just as workflows are constantly changing with new cameras being released every year and smart phones getting more and more capabilities, new apps will emerge that accompany these changes in technology.

We will of course keep on updating our released apps. This means in case of Cadrage either adding new cameras to the database and ensuring compatibility to new devices or OS versions but also working on new features and improving old ones. We have a couple of ideas for new apps so you will see more (filmmaking) apps from us soon.

@WeAreDN We’re still holding off on app reviews, but will be doing interviews with developers like this one today: http://t.co/Th0FVJgIaY

@WeAreDN We’re still holding off on app reviews, but will be doing interviews with developers like this one today: http://t.co/Th0FVJgIaY