Is It Popcorn Time? 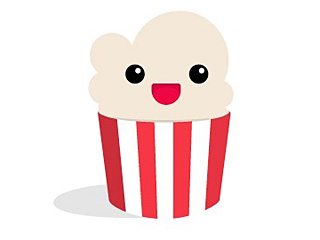 Digital and disc distribution of cinematic content needs to catch up with the music industry. Cost, time, and access are getting closer but still fall short despite some technological advances. Here’s a look at iTunes, Amazon, Netflix, Popcorn Time, and Aereo when it comes to accessibility to the same kinds of content.

I recently wanted to see the film “Snowpiercer.” Even in Los Angeles, the screens playing the film looked sub-par: sticky floor, soft focus projection, and squeaky chair kind of places. Some colleagues who went to see it in theaters even commented that nobody else was there. Fortunately, the distributor decided to release the film on iTunes an unprecedented two weeks after it opened in theaters. The film cost $16, which was fine to own the digital file, however, and on a business DSL line it took a massive 3 hours to download. To make matters worse, the non-streaming digital file had intermittent glitches: lo-res frames that would stutter every few scenes, which led me to complain to Apple about poor quality assurance.

Unrelated, I recently needed a physical, disc copy of Malcolm in the Middle Season 5, which was made in 2004. The only available copy was an Australian copy that would either need a region-free player, or take a bite out of my DVD player’s five “reset” options (which sure is archaic, huh?). The shipping time was estimated at 1-2 weeks. And, other than a massive series DVD set, it seemed the distributor wasn’t interested in providing even U.S.-based customers with access to content that’s a mere decade old.

For streaming only content, Netflix sure has a market. When I load up Amazon Instant, it pales in comparison. But one thing that has bothered me for years is Netflix’s transparency. They once published expiration dates for all of their titles. Third-party sites could tap into this, like InstantWatcher.com, and I could see which films on my queue were going to expire soon. When they pulled this feature in the wake of thousands of titles expiring at once, prompting negative headlines, their head engineer blogged about how the feature was unsustainable. But that doesn’t make sense: they have that data and they just didn’t want it public anymore. Now, when I cruise though my queue, I might get a few days notice, buried in the film’s description, that the title won’t be available after a certain date. But I can’t search or sort for this, and that’s a shame.

Meanwhile, there’s Popcorn Time and Aereo, two services that shut down soon after launching. Popcorn Time provided a new face to accessing torrents, or free peer-to-peer file sharing that’s a fine line on copyright infringement. Aereo was a television streaming service that offered paid access to cable content without the bundled programs; but it was recently called illegal by the United States Supreme Court.

When Popcorn Time shut down on their own terms, they did two things. Their founders wrote a public letter explaining that the piracy problem is the service problem, not a people problem:

[T]ons of people agreed in unison that the movie industry has way too many ridiculous restrictions on way too many markets. Take Argentina for example: streaming providers seem to believe that “There’s Something About Mary” is a recent movie. That movie would be old enough to vote here.

They also released all of their source code on Github, which spawned two clones run by others — and http://popcorntime.io/ — which are all apparently completely legal as infrastructure networks.

When Aereo was sued by Walt Disney Co., which led to the Supreme Court decision, it highlighted a problem with the technology platform. According to NPR, Aereo CEO Chet Kanojia calls “it ‘troubling’ to see the majority opinion’s suggestion that companies seek action from Congress to clarify how new technology interacts with U.S. copyright laws.”

In the dissent, Justice Scalia noted the service was like a library card to an antenna, rather than a specific video-on-demand service. All told, it highlighted a dated take on copyright laws for an otherwise very innovative idea that paying customers may have preferred for their cable.

Somehow the music industry got it. After Napster, iTunes and other efforts made the MP3 a gold standard. Now you can get almost everything in music quickly and legally. It’s not great, but it’s accessible and economical for big and small time artists.

The film business at large doesn’t yet get it. Instead of engineering or nurturing more competition to Netflix and iTunes, we hear about knee-jerk lawsuits. Instead of creating more customer-centric tools, these cutting-edge services get called Hollywood’s worst nightmare because they’re still connecting to illegally distributed content, even though the service infrastructures are fast and organized.

I feel we’re close. There’s clearly interest and demand, even to pay to play. Creative minds are engineering new routes and breaking old models. Inconsistent disc distribution and hidden expiration dates are utter failures, going against the grain of accessibility to a hundred years of cinema.

I have to applaud the distributors of “Snowpiercer” for trying a multi-pronged distribution, which tops the iTunes charts when it’s not necessarily going to top the traditional box office. And it’s incredible what Popcorn Time and other have engineered, even if to just prove a point.

While they’ve not necessarily provided a sustainable model for the business of show business, perhaps there’s going to be a breaking point soon, balancing the fairness of legality, cost, and accessibility.

Great article and I fully agree. Popcorn Time is beyond anything else a loud wake-up call for the whole industry.