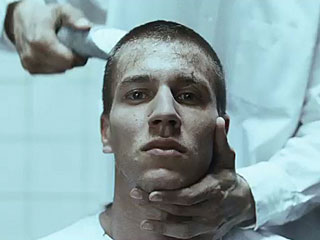 In the same vein as James Cameron’s immersive experience with the 3D filmmaking of “Avatar” are recent works by commercial director Rupert Sanders.

Whether it’s first-person point-of-view or simply focusing on one character, these spots take you right into their world with a simple, opinionated constraint. Take the “Halo 3: ODST” live action trailer as a perfect example of the viewer feeling the experience, even though it’s a video game trailer minus the video game.

Watch an extended 2:38 version or launch the HD version at gametrailers.com.

For more immersive filmmaking from Sanders, check out his Wolverine “Captivity” spot.

(via director Mickey Finnegan and /Film)