How The New Yorker Promotes Their iPhone, iPad Apps 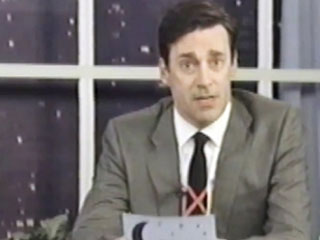 In the world of direct-to-web “explainer” videos, where frequently mobile apps and digital properties are summed up in a minute or two, leave it to The New Yorker to go out in the deep end with creative — and bizarre — promotions.

The reportage and commentary magazine, which started in 1925 and is known for its one-panel cartoons, commissioned Lena Dunham to write and direct the iPhone promo, reports AllThingsD. She also co-stars with Jon Hamm and Alex Karpovsky. Dunham is up for three Emmys this year in acting, directing and writing for “Girls,” now beginning production of season two on HBO. 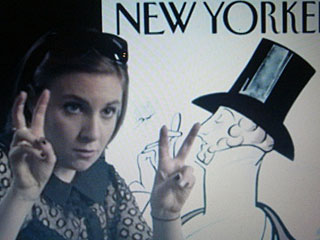 “We SO get it! (We don’t get it.),” tweets New York Magazine. “[I]n terms of execution, tone and technique, I don’t know what the hell to make of this video,” proclaims MediaPost. “There’s a joke here somewhere, and it either whooshed over my head Lockheed-spy-plane style or pulled an end run on me while I was enjoying YouTube clips of Van Halen and people falling down.” And ADWEEK digs into the meta, “She makes the quote-marks gesture with her fingers, a move so ironically unhip-hip, it makes me want to relocate to Park Slope and stop shaving.” The Los Angeles Times notes how Durham, a New Yorker, recently had an essay published about her college boyfriend.

And, in case you missed it, this wasn’t the rag’s first take on abstract promotions. 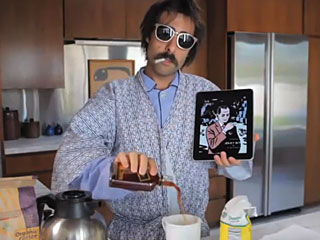 In a world of quirky creativity with this stuff, which one do you prefer?