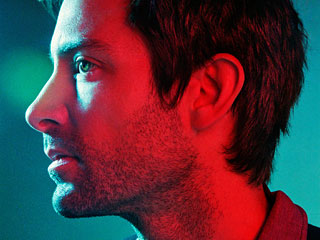 Two weeks ago, while christening the new Interactive Media Building at USC School of Cinematic Arts, Steven Spielberg and George Lucas spoke to students about the future of the film business. The Hollywood Reporter cited their concerns over price variances and film exhibition models, respectively, summarizing that it’s inevitable for the business to implode. This may be hard to believe, as both Spielberg and Lucas have been tent-pole successes, building their careers on the back of an old model that celebrates blockbuster releases.

Meanwhile, yesterday The Washington Post ran a story of Sony and Disney testing a simultaneous release of films for the theater and home — in South Korea. This model, experimented with thus far by short filmmakers delivering VOD and Steven Soderbergh with his 2006 feature “Bubble,” is a rare occurrence since major chains like Regal and AMC require that films wait as long as 90-days after leaving the big screen before they are released on video. This archaic model highlights the lack of evolution within the theater, where higher prices have hardly meant a superior user experience. Perhaps Regal and AMC should be working on their own home theater delivery models.

And then there’s Shane Carruths, director of “Primer” and now “Upstream Color,” which is currently in theaters and — after an initial, exclusive month in art houses — also on iTunes, Amazon Instant Video, and various other digital platforms. The Verge noted the following challenge as a win-win:

That sounds simple, the kind of thing you’d expect to be able to do in 2013, but in the past 10 years, simultaneous release has become a kind of holy grail for the film industry, both inevitable and impossible depending on where you sit. Unifying digital and theatrical releases could help fight back many of the studio’s biggest problems — heading off piracy, replacing dwindling DVD sales, and tapping into millions of customers who simply don’t like going to movie theaters. But theater owners have taken every proposal so far as a death sentence, and every time it’s been proposed, it’s gone down in flames.

Verge goes on to cite an CNET article from 2010, recalling a studio-backed plan to release video on demand sooner, which was balked at by theaters.

The lesson here goes beyond the merits of VOD and selling digital goods in addition to round discs of your fabulous video content. It’s about the timing and changes afoot, where you can wrangle online distributors and paywalls to better profit from your work. Filmmakers like Carruths are doing what needs to be done as our heroes call attention to the changing model. May we all follow suit, rather than echo the complaint that the end is near.

I’m terrified about the death of movie theaters due to digital releasing. But I think there will always be tent poles and art houses.

Frank, thanks for the comment. Those are excellent points. There will need to be a win-win and it might only be for smaller films. What about repertory movies in the theater and the crowd experience?