How Kodak Can Become Profitable Again 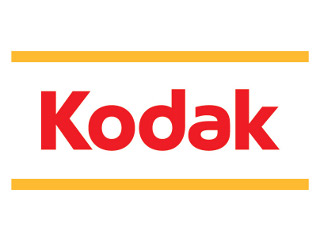 Eastman Kodak filed for bankruptcy today. Some say, further cementing the claim that “film is dead.” Besides that sign of the times, the real question is how can this once industry-leader stay profitable in a changing market place?

Kodak’s CEO, Antonio M. Perez, who came from HP and began in 2003, and other members of the management team have yet to steer a sustainable course after eight years of no profit. As the name-brand in quality film stock for decades, the company, who also once held a profitable piece of the chemical market as well, recently took their chances in the inkjet printer market. But without creating a superior product and without selling expensive ink, the printers have so far failed to compete.

Summarized in today’s New York Times, you could see it coming over the last four decades:

First came foreign competitors, notably Fujifilm of Japan, which undercut Kodakâ€™s prices. Then the onset of digital photography eroded demand for traditional film, squeezing Kodakâ€™s business so much that in 2003 the company said that it would halt investing in its longtime product.

Smaller companies and their leadership like RED and ARRI advanced competitive products by rocking the competition. Their products are compatible, modular, and evolving, which contribute to a positive user experience over time. They’ve focused on core competencies and customers. DP Art Adams, who commented on this topic on the CML (Cinematography Mailing List), notes that RED offered the market a unique product, rather than offering something identical. We haven’t seen that from Kodak and we should have from a company who brought us Kodakchrome, Brownie cameras, and a hundred years of film.

Kodak, who pioneered some of the first commercial digital cameras like the first megapixel CCD but failed to embrace them, is now selling their digital imaging patents while filing (and winning) various patent infringement suits with companies like Apple. This short-term strategy may help with operating costs, while the Chapter 11 filing will help with pension obligations, but it lacks long-term innovation.

Perhaps the future of Kodak begins with being proactive and strategically focusing on their current and past customers. The company makes a fantastic product, sometimes with cutting-edge innovation like the Vision 2 and Vision 3 lines of motion picture stock which focused on quality, color, and resolution. But they cannot sustain their business-as-usual model of expensive and mass-manufactured labs alongside controlling and risk-averse share holders. Reactive leadership, and tangential priorities rooted in yesterday’s market, stifles the innovation and abandons the pioneers who made the company a leader. The company needs to experiment with wild ideas: would it be worth a price jump if you could purchase a customized look — more than just a four-digit stock that gets a D.I. wash later? Could you imagine a baked-in, custom stock before you shoot, stored as a digital combo ala ordering paint at Home Depot to match with repeat orders? What Kodak needs now more than ever is the foresight to adjust to lower-cost, faster-iteration research and development and evolve into a company who once again embraces and stands for quality.