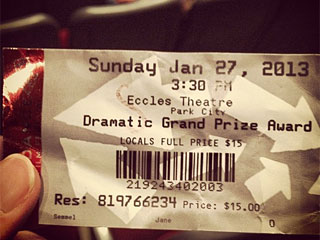 Just under 1% of the 12,146 films submitted were screened at the 2013 Sundance Film Festival. Here is a recap of the films whose creative and business acclaim caught my attention:

(Curious about past Sundance coverage? We’ve touched on different facets in past articles.)