“Don’t Ever Get Off the Bus” 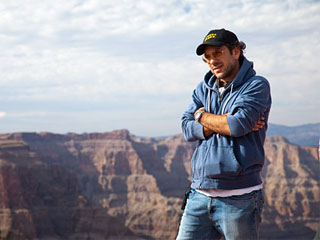 Director Todd Phillips on the set of 'Due Date.' Photo care of Warner Bros.

In the present market, the ideal director is one who knows how to shoot fast, holds to a budget, doesn’t demand final cut — yet can also bring an original take to the material, even when it’s a sequel or prequel. In other words, the studios are basically looking for filmmakers who are willing to keep remaking the same stories, but differently. Not too differently, mind you.

The new generation of filmmakers is far savvier in dealing with Hollywood’s corporate system. Indeed, when Warner Bros. kept chipping away at the budget for “The Hangover,” Phillips agreed to work for scale in return for a bigger cut of the gross receipts. “I am a gambler by nature, so I bet on myself.”

The in-joke of the directing fraternity is that it’s important to keep working. The profession is too hazardous to permit prolonged absences. The old-time producer Ray Stark used to warn filmmakers, “Don’t ever get off the bus, because next time you look up it will be miles down the road.” He had a point.

True, you need to be consistently working on something to keep the momentum of a career going. However, I think certain directors (Hell, look at Kubrick) can do prolonged absences as long as they continue to wow us every time.