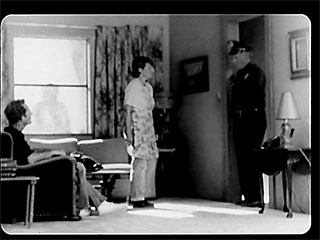 When film reached it’s 100th anniversary in the late 1990’s, a Frenchman who had an original Lumiere Brothers camera had an idea to involve 40 filmmakers from all around the world in a creative collaboration. But they were given the hand-cranked wooden camera to shoot within certain restrictions:

His commentary is also available to watch:

The end result was a feature film called “Lumiere & Company,” released in 1995. It’s also available on the DVD, “The Short Films of David Lynch.” For comparison, check out some of the first films from 1895 by the Lumieres:

(Thanks to screenwriter Eric Szyszka and the Girl Friday blog for the tip.)