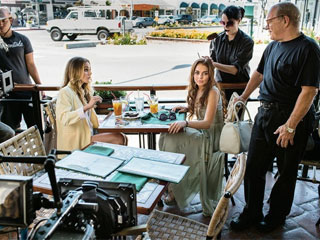 Set photo of “The Canyons” by Jeff Minton for The New York Times.