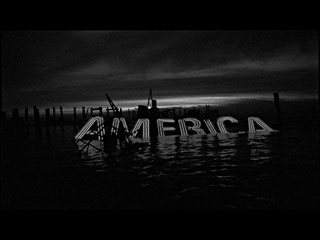 Optimism and patriotism are afoot in Wieden + Kennedy Portland’s new campaign for Levi’s. The agency’s treatment reads, “America is going through a challenging time, but our self-reliant American pioneer spirit will persevere.” Leading the new campaign for the 150-year old brand is “America,” a TV and cinema spot that reaches for the recession-aware heels of “Generation O,” a fairly new term rooted in last year’s campaigning of Barack Obama in reference “Generation Y” or the “The Millennial Generation.” The overall campaign is called “Go Forth.”

The spot is directed by Cary Fukunaga, a graduate of NYU Film and abuzz since winning directing and cinematography awards at Sundance for “Sin Nombre” (2009). The voiceover in the spot features Walt Whitman (1819 – 1892) in what may be a recording of him from 1890 reading four lines of his 1888 poem, “America.” In a memo to press, it’s noted that Whitman:

…was an optimist at a time when it was easier to be a pessimist. He lived through the Civil War, one of the darkest periods in American history, and drew strength from the struggle. He saw the potential for greatness that lies in each of us, to flourish in our personal search and build our brave vision of this country. The Go Forth campaign aims to share his words, in TV executions and online, with today’s generation as a small ray of hope.

Certainly on the pulse of today’s generation, but does the anthem resonate this July 4th?

This is exploitive of American nationalism in a time of crisis to pay $50 for a pair of jeans.

Personally, to say the least, I believe this ad transcends the idea of trying to convince people to buy a pair of jeans. Levi’s shows where its heart is… that it understands that people are people and that ideas are subject to interpretation, and meanings can change greatly depending upon specific situations. You don’t have to buy or wear Levi’s jeans to have their respect as an individual, but rather, in our own lives, dealing with our own situations, Levi’s as a brand may add some value. To me, that’s what this is about….

[…] features the “America” spot I’ve embedded above. There’s a great story on the FWD:labs blog detailing the entire campaign, including highlighting the fact that campaign assets include print […]

A ray of hope from Levi’s and Walt Whitman, courtesy of Wieden+Kennedy : universal positive #

[…] Fast Forward I learn that the Levi’s “America” ad was directed by Cary Fukunaga, who won a […]

Go Forth « American Poetry in the Age of Whitman and Dickinson #