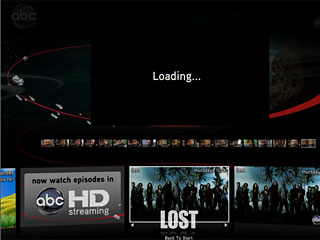 Circulated today in the world of digital ad sales, an internal memo notified rival networks that a circle has been broken. Last Friday, ABC announced that it will “break from industry standard of single-sponsor online pods and test ad breaks with multiple commercials.” Currently, breaks usually include one :15 or :30 commercial.

Their experiment affects online video streams of full-episode content, including shows like “Lost,” “Desparate Housewives” and “Ugly Betty.” The memo also notes that “ABC was one of first broadcasters to offer episodes online and its viewers average 47.5 minutes on the site, more than 3x as long as any other broadcaster.”

Albert Cheng, executive VP digital media at Disney ABC Television Group (DATG), told The Hollywood Reporter that “[i]t would be premature for us to say people only want one ad. It’s a likely sort of thinking, but we want to push it a little bit to see how it would go. … If research shows that users don’t want more ads per break, Disney won’t pursue that strategy.”

It’s unclear how this model will work but this is a testiment to the TV industry’s commitment to providing its content online and transfer its business model for a digital world.

Will everyone follow suit? Why is ABC ahead with visitor trends of time on their site? How soon until new Internet is like old TV?