Everything New Is Old Again 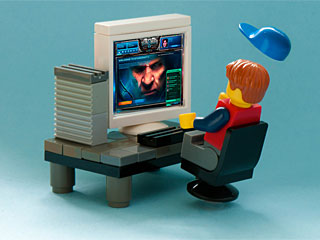 Tipping points arrive on tip-toe. They donâ€™t crash into our consciousness, they sneak up on us like jewel thieves in a museum at midnight.

Hereâ€™s the problem with that: marketers, media executives and content creators alike still talk about digital technology like it just got here yesterday. Weâ€™re all still running around trying all these new things, talking about disruption and platforms are popping up everywhere like weed clinics in Los Angeles (or like they used to, anyway) and this just happened and that just happened and you know what?

Thatâ€™s no way to run a media/marketing/entertainment nexus.

Sure, acceleration is a major consequence of digital technology. But speed is a tactical challenge, not a paradigm shift.

Whatâ€™s more, one of the things we love to go on about in this brave new interactive world is how weâ€™re all about breaking down silos. This is bullshit. Weâ€™re just building one big new silo.

Hereâ€™s a better way: When you settle down and accept that the digital aspects of your personal and professional lives are mundane, not exceptional, thatâ€™s where the real change happens.

The online news site Digiday ran a column today where the writer bemoaned the fact that there is no experiential equivalent of a Super Bowl online and that media buyers still use digital media not as brand builders but as ROI accumulators.

But I digress. The point is there will be an experiential equivalent of a Super Bowl. There will be an online American Idol. A little less bitching and a lot more preparing and you might just be ready whenâ€”not ifâ€”it happens.

Hereâ€™s the thing: weâ€™ve been living la vida electronica for a couple of decades now. The oldest Millennials are over 30.

We donâ€™t live digital lives. We live in a digital culture.

When you understand that, you can stop ruminating about stuff thatâ€™s already a foregone conclusion. Like print. Magazines and newspapers arenâ€™t going away, just the paper versions of them.

Done. Finished. Now letâ€™s figure out how to make that work for publishers, writers, editors, designers and readers.

Or television. Itâ€™s going to morph with digital, particularly social networks. In fact, it already has. Marketers are going nuts about what theyâ€™re calling â€œsocial TV.â€ This is a mash-up that makes perfect sense and itâ€™s only going to deepen.

Done. Finished. Now letâ€™s figure out how to tell a story with moving pictures and sound or sell a product through video content in that reality.

Hereâ€™s what weâ€™re building towards: a new kind of mass mediaâ€”call it the cloud, call it the stream, call it whateverâ€”in which we are all wired, all the time.

When that day dawns, and I doubt itâ€™s more than 20 years out, you wonâ€™t know it. It will arrive quietly, on tip-toe. But it will turn your world inside out and upside down.

And if you start getting ready for it now, youâ€™ll win then.