Writing through the block 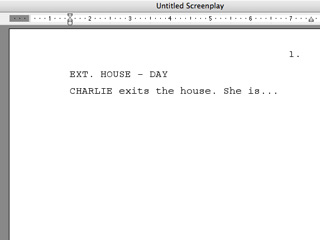 Part of a series of posts about adventures in screenwriting.

These are some lessons that I’ve picked up in my four years of screenwriting. They might not help you at all, but here they are nonetheless.

Now, why I can’t make a choice will determine how I handle my writer’s block. Is that I am mentally unprepared to make that choice? Or is there some detail of the story I can’t quite figure out?

Let’s deal with the second case first. Since the problem arises from the material of the story, we’ll call this case material writer’s block. Here are some ways to get through it.

The trick to this last step is that you can work in the new directions you want the story to take into early moments in the story and it’s easy to get moving again because you’re not writing new material. When you get to where you were stuck before, you’ll have those new plot beats to get you past it.

Okay, that’s it for today. If I wasn’t clear on anything or if you have any questions, comment below and I’ll respond. Next time, I’ll talk about psychological writer’s block and how to get into a good mental state for writing.

I think the biggest block is the lack of time and inspiration. Motivation to write. I have so many ideas, all I need is some time.

For any block, I recommend taking time out and going for a walk. Clear the head. Return to a scene with a new perspective.