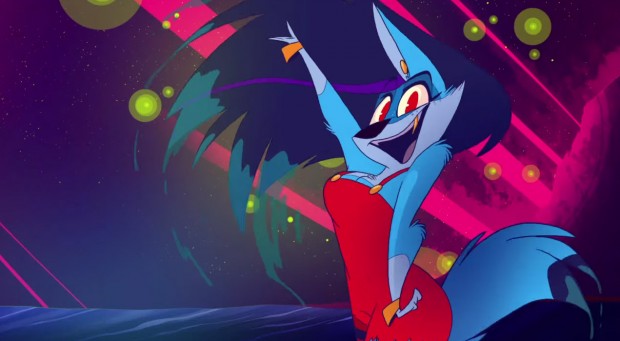 Today the film and television industry is changing rapidly and evolving faster than ever. With new digital distribution channels such as Netflix, Roku, Hulu and even Vimeo and YouTube, the once strictly-regulated streams of media have been fragmented hugely, allowing for a much wider range of work to be seen, from a much broader pool of talent. Combine that with new sources of financing such as crowdfunding sites Kickstarter, IndieGoGo, and Patreon, and the possibilities for independent media production multiply exponentially.

New generations of filmmakers and content creators are now faced with the growing opportunity of the new media landscape. Where once it was the norm for film students to aspire to join a large production studio, more often now we see new-comers making a name for themselves outside the studio system.

One such filmmaker is recent School of Visual Arts (SVA) grad Vivienne Medrano, who has been producing high-quality independent animated works and distributing them directly to her audience online. I had the chance to catch up with her recently and ask her a few questions about working in this new online indie frontier. 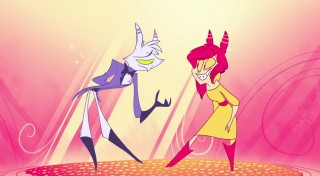 Tell us about your artistic education and background. How long have you been animating and illustrating?

Vivienne Medrano I graduated from SVA (School of Visual Arts) in New York City. I studied there for 4 years but I have been drawing, writing comics, and even practicing animation since before I can remember!

Tell us more about your passion for animation. Why have you been doing it forever?

VM When I was a kid I really adored animals and wanted to go into something dealing with animals. But when I watched some of the early Disney movies, I admired how they captured the movements of animals and combined that with the stylization of cartoony styles. I just was captivated by that. I already drew and made stories so, when I realized how animation worked, I just knew better what I wanted to do.

What are your influences? What inspires you to create the projects you create?

VM My biggest influence is music. It is my biggest source of creative inspiration. I also learn from other artists and styles of shows I grew up with, as well as films and comics!

You’re influenced by music, but how is that incorporated? Not everyone channels music, comics, television, and/or film, so how do you use other influences to help your creative process?

VM Music inspires me for stories, characters, and colors. I really adore musicals because they have stories and scenes in them and are fun to visualize. My musical tastes are as broad as my cast of characters because I like finding the uniqueness in different genres and using that as inspiration. I use music, lyrics, or singers voices to help develop how I see my own characters. 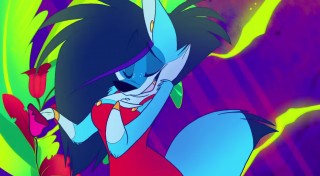 What are some of the challenges of doing this? How do you overcome it all?

VM Challenges of gaining a fanbase for original content are usually dealing with confidence in your ideas — or fear of what can happen when you put it out there. As I’ve grown up I just have learned it’s best to take the risks than to hide yourself away. It has done me worlds more good to share things then to keep them withdrawn. 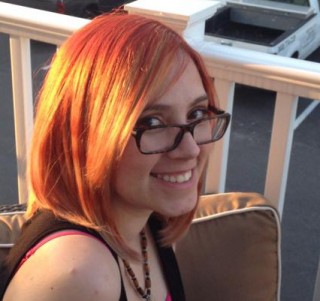 You’re part of a generation of independent content creators, producing film and animation work directly for the public and your fans — without the use of a studio platform, agency, or paid distribution network. As someone who has both a YouTube channel and Patreon, could you talk a bit about the challenges of monetizing your work? How has that process changed and evolved over time? How difficult is it keeping up with the evolving indie support system?

VM YouTube can be tricky for people who don’t produce work on a regular basis. Most animators can’t create weekly content and, even for me, producing speed-draw videos weekly in-between films isn’t always the most financially set option for a growing channel. Patreon can be much more immediate and very helpful for creators, I certainly have found it to be an enormous help in the creation of my more ambitious personal projects! As long as you keep producing a lot, it is a very good system!

You have aspirations to get involved with studios, either in television or film. Though with the unpredictable nature of the rise and fall of animation studios, it’s maybe more important now than ever to be an independent artist as much as a studio artist. Could you share your thoughts on that?

VM I certainly have always dreamed of one day joining the industry. I would love to one day work on a film that goes into theaters. But I have always wanted to tell my own stories and make my own films and projects so, while I have the opportunity to do that, I want to make that my focus. I think it’s important and I want to take advantage of the opportunity while it’s given! I definitely think right now it’s very important for more unique stories to be told and more unique voices to be heard. Things like Patreon and YouTube allow that to be possible!

What advice would you give to kids who are in school now, studying to do what you do?

VM I would say, never be afraid to take risks! Reach out to people and take chances. You never know the connections or opportunities you might miss! Also keep practicing and don’t take rejection to heart!

Vivienne was recently a featured artist and speaker at the Midwest Media Expo. She is currently working on several new animated music video projects. You can follow her work and thoughts at vivziepop.tumblr.com and www.patreon.com/VivienneMedrano.