Perspective on Protect IP and SOPA 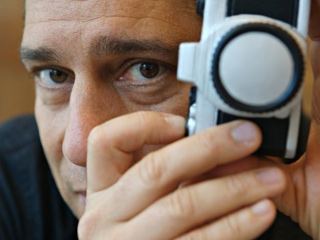 Social media is reacting to what I see as a very well orchestrated misinformation campaign claiming that enacting these bills would amount to censorship of the Internet. People are being asked to sign petitions that donâ€™t fully explain the bill and misrepresent its ramifications.

As part of a coalition called the Copyright Alliance, we suggested this legislation as just one part of a slat of copyright issues that the CA is pursuing legislation on. Myself, Theresa Raffetto and Steve Best even travelled personally to Washington D.C. and addressed Senators and the Congress to take the stand and support rogue website legislation that led to Protect IP and SOPA.

But now I see people waving around the First Amendment in protest but without actually reading and fully understanding the actual bill proposed. It reminds me how often famous leaders are misquoted by millions on the web as masses of people simply react and repost without much thought.

Before signing and spreading around a charged piece of rhetoric, first read the actual bill being proposed. Here are some links to the facts: house.gov and thehill.com

I did and still do support Protect IP and SOPA.

The proposed legislation states that you must have a court agree that the accused, is infringing by showing a history of infringement. These are foreign sites that you would otherwise have no jurisdiction over. In my professional opinion, this is a fair law that is meant to justly protect copyrights.

Here is just one of hundreds of personal examples as to why we need this law to pass:
I made a film called Naked Ambition, An R Rated Look at an X Rated Industry. It was also published as a book. The film was distributed by Apple, Netflix and Warner Brothers. Regularly, I received a Google alert for sites where my film was available for free. In total, I received 107 emails listing multiple sites that I never had contracted with, offering my film for free.

Protect IP puts muscle behind closing down foreign sites whose main purpose is to steal and distribute copyrighted material that costs working professionals (not just corporations) hundreds of millions of dollars every year.

Here is just one of hundreds of links to sites offering my movie for free that I never made a deal with.

Remember, that according to the proposed bill a US court must agree that the site has a history of intended infringement.

But donâ€™t take my word for it. Read some more facts and decide for yourself.

For all working artists, copyrights protect us from being totally corrupted. I support SOPA and Protect IP, and I stand proudly by that decision.