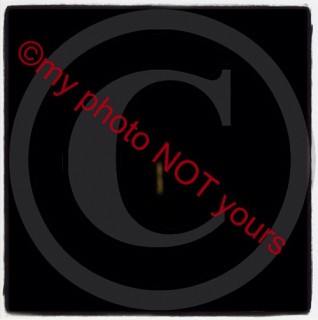 In case youâ€™ve been living off the grid the last couple days, Instagram (now a wholly owned subsidiary of Facebook Inc) released new terms and conditions. Buried deep within this 6,000 word document was new language allowing them to use your photos however they wanted and for commercial gain, without your permission. This caused a blogosphere/social media universe firestorm of biblical proportions. Users were rightfully pissed off, felt manipulated, used and duped. Facebook and Twitter were overrun with promises to shut down accounts, file for divorce and bring in the National Guard. The terms and conditions arenâ€™t going into effect until January 16th, but its never too early for some righteous indignation posted on Facebook for your like-minded friends to share and commiserate.

I was struck by the intensity of the public response. (Though I donâ€™t think theyâ€™re wrong â€” just possibly a bit overheated.) Taking a long, deep breath I read all the posts and delved into the mainstream mediaâ€™s coverage, looking for some â€œfair and balancedâ€ reporting. Here are a few thoughts, for what theyâ€™re worth:

So, hereâ€™s my Modest Proposal. Donâ€™t export all those beautiful photos to Flickr quite yet. Take a deep breath. Sit tight. See how this all plays out. You can always bail in mid January, just as I might do if they donâ€™t make the terms equitable. Iâ€™m an optimist: maybe we wonâ€™t plunge off the fiscal cliff, maybe they will ban assault rifles, and maybe, just maybe we can all still keep our Instagram accounts â€” because I know youâ€™d hate to miss that really meaningful picture I took of my cat.